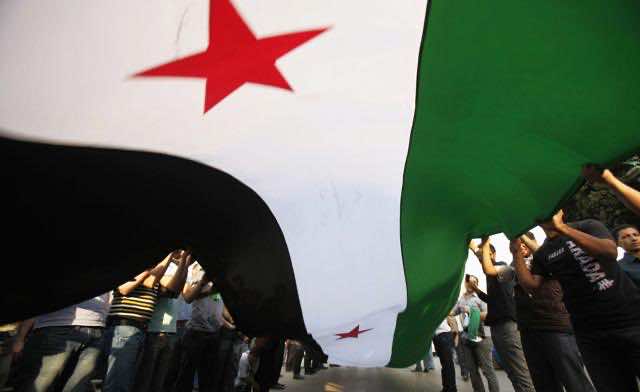 Syria will not send a delegation to Doha on Sunday to sign a protocol to accept observers to monitor unrest sweeping the country after it demanded new amendments to the deal, a senior Qatari official said.

“No,” the official told AFP when asked if a delegation from Damascus was expected in Doha.

The official, who requested anonymity, said that Syria has asked for “new clarifications and further amendments to be made to the protocol which was proposed” to send observers.

The Saturday meeting issued a list of 19 Syrian officials banned from travel to Arab countries and whose assets are to be frozen by those states.
The Arab League had approved sweeping sanctions against Assad’s government over the crackdown ? the first time that the bloc has enforced such punitive measures against one of its own members.

The Qatari official said, however, that if Syrian officials “still want to sign, they can come tomorrow to Cairo.”

Meanwhile, three children and at least two other civilians were killed on Sunday as security forces pressed on with an almost nine-month clampdown on dissent, rights activists said.

In the flashpoint city of Homs, “a man and three children aged 11, 14 and 16 were killed at dawn in the al-Waer district when the Shabiha (pro-regime militia) opened fire on their cars,” said the Syrian Observatory for Human Rights.

The rights watchdog, in statements received in Nicosia, said “a chauffeur was killed when his mini-bus came under gunfire from a checkpoint north of Maarat Numan” in the northwestern province of Idlib.

Twenty-five people were killed in Syria on Saturday, including 11 civilians, the Observatory said, a day after the U.N. Human Rights Council condemned the Damascus regime’s “gross violations” of human rights.

Seven pro-regime soldiers and security service agents were among those killed, as well as five rebel troops.

The Arab League, which has slapped unprecedented sanctions on member state Syria, was on Sunday awaiting its response to a deadline to allow in observers to monitor the country’s unrest.

According to the United Nations, more than 4,000 people have been killed since anti-regime protests broke out in mid-March and tens of thousands arrested. At least 12,400 people are also reported to have fled abroad.