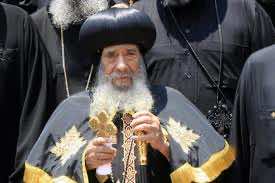 Egyptian Copts, the Middle East’s biggest Christian community, headed to mass on Sunday fearful of what an Islamist landslide in the country’s election will mean for their community. In churches across the capital, the community gathered for its first Sunday service since the opening stage of the country’s premier parliamentary elections since the toppling of autocrat Hosni Mubarak in February.
Results on Sunday showed that 65 percent of voters chose Islamist parties, with one in four opting for hardline Salafist candidates whose strict interpretation of Islam is dominant in Saudi Arabia.
At the St Peter’s church in the shadow of the city’s main cathedral in the Abbassiya district of Cairo, the congregation filed out after a two-hour service past posters for Salafi candidates pasted on nearby lampposts.
“All Coptics are very worried. We didn’t expect this,” said Girgi Szaki, a 42-year-old engineer with two children. “We wanted some liberals to be elected. In the other stages, maybe there’ll be a change.”
The results are for only the first of three phases of voting for a new lower house of parliament, with the rest of the country set to head to the ballot box later this month and in January.

Other Copts expressed similar hopes for the coming stages, while many said
the results were fixed — a legacy of cynicism perhaps from the era of Mubarak whose abuses during elections sustained his 30-year regime. Mubarak banned Islamist parties and targeted fundamentalist groups, particularly the Muslim Brotherhood which emerged as the leading power in the
results.

“A lot of Christians are now saying that the Mubarak era was better than now, but I don’t agree,” Eman Seif, a 53-year-old doctor, told AFP as she left. “We were surprised but we are still optimistic. This is democracy now and this is the real opinion of Egyptians.

The secular section is still fighting.” She expressed dismay, however, that relations between Christians and Muslims were tense, which she blamed on the increasing import of the ultra-conservative Salafi strain of Islam from the Gulf.

A pharmacist in her 40s, who asked not to be named because it was “dangerous” to speak on the subject, repeated the widely expressed fear that the Islamists wanted to turn Egypt into Afghanistan. “All women will be veiled.

They will wreck our tourism industry,” she said. George Wiza, a 44-year-old electrical engineer, called it a “black day.” Few made a distinction between the Salafi party al-Nur, which won 24.36 percent of the votes cast, and the more moderate Freedom and Justice Party (FJP) of the Muslim Brotherhood which emerged with 36.62 percent.

The FJP has been at pains throughout campaigning to stress it is a moderate, centrist form of political Islam, committed to multi-party democracy, religious freedom and the application of sharia law in a consensual
manner.
The movement appointed a Christian intellectual as vice president of its party in May, and said it had almost 100 Coptic Christians among its founding members. “Some people are scared,” admitted a priest, dressed in black with a heavy cross around his neck. “They (the Brotherhood) have promised they are our brothers and we are one community. We are waiting to see.” Copts, estimated to number eight million or one in ten of all Egyptians, already complain of systematic discrimination.
They have also been the target of deadly sectarian attacks, most recently in May in Cairo which led the interim military leaders in charge since Mubarak’s fall to warn that they would deal with religious strife with an “iron hand.”In October, at least 25 people were killed in the capital when security
forces opened fire on a demonstration by Copts who were denouncing an attackon a southern church.

Most Copts adhere to the Coptic Orthodox Church of Alexandria, headed by Pope Shenuda III, while the others are divided between the Coptic Catholic and various Coptic Protestant churches. The Copts go back to the dawn of Christianity, at a time when Egypt was integrated into the Roman empire.
Their decline started with the Arab invasions of the seventh century and the progressive Islamisation of the country, which today is largely Sunni Muslim.