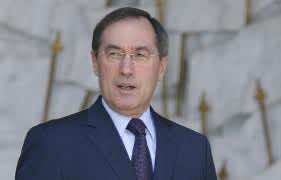 French Interior Minister Claude Gueant said Sunday he was encouraged by political and constitutional reforms that have been outlined in Algeria.

The various initiatives address many of the concerns of Algeria’s population, Gueant said during a quick visit to the nation’s capital.

“I’ve been very impressed,” the minister said at a news conference he attended along with his Algerian counterpart Dahou Ould Kablia.

Algeria has not been as affected as other nations by the Arab Spring uprisings that swept across much of the Arab world and led to the toppling of many authoritarian leaders. Gueant was in Algeria to discuss thorny issues with the president, including the hostage taking of French nationals by Al-Qaeda’s north Africa branch. Several hostages from France and other nations have been kidnapped in north Africa’s Sahel region in recent weeks, with Al-Qaeda in the Islamic Maghreb believed to be responsible.