Morocco World News
Home Opinion And Now? The New Governments And The Relations Between Morocco And Spain 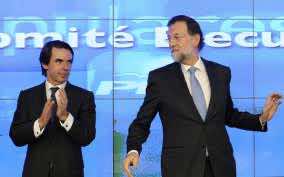 The recent general elections in Spain and Morocco have proven major political change in both countries. The center-right will take over the reins in Spain in a few weeks and the Islamists of the Party of Justice and Development Party (JDP) rule Morocco. From now on, the conservative Mariano Rajoy and Islamist Abdelilah Benkiran will have to be partners and in their hands will lie the policy of good neighbors between the two states. What will happen between Spain and Morocco in this new stage?

I do not know, and I think few people know, although many speculate. In its last edition of November 15th, the daily El Pais headlined an article on relations after the legislative elections in Spain: “Morocco fears the Popular Party.” According to the newspaper, “Rabat is concerned about a change of attitude in Spain on the Sahara. Nevertheless, since October it has made some friendly gestures towards Rajoy.”

On November 28th, 2010, hundreds of thousands of Moroccans marched in the streets of Casablanca shouting slogans against the PP such as “Popular Party, enemy of Morocco”. The prime minister and leader of the Istiqlal Party Abbas el Fassi, was at the head of the demonstration.

The march organizers claimed that the PP was responsible for the decision by the European Parliament to open an international investigation into the riots that followed the dismantling of the Sahrawi camp at Izik Gdeim, close to Laayoune, and wanted to make clear that “we send a message of peace and friendship towards the Spanish people, but of condemnation towards the PP.” Before this demonstration, there had been tension between Moroccan rulers and the PP, such as when Rajoy visited the city of Melilla, in September of 2010.

But now it turns out that the Spanish leader of the Popular Party, who El Fassi described as “provocative” in a letter, is about to govern Spain. Some politicians in Morocco, and also in Spain, believe that the arrival to power of the PP threatens the good progress made in bilateral relations, and they usually forget that during the era of José Luis Rodríguez Zapatero, after honeymoon lived between Madrid and Rabat from 2004 to 2007, the two countries experienced moments of tension. For example, after the King of Spain visited Ceuta and Melilla, Mohamed VI withdrew his ambassador to Madrid for two months, or when Aminetu Haidar conducted her hunger strike, which starred in Lanzarote.

The coordinator of the Presidency and International Relations of the PP, Jorge Moragas, assured a few days ago through a statement that Mariano Rajoy will work with the new Moroccan government that has emerged from the general election “in a climate of cooperation and friendship”, and was convinced that “political and democratic commitment” of the PJD “will work towards the general interest of the Moroccan people” and “the development of good relations between our two countries.” For Moragas, Spain and Morocco “are more than neighbors,” and have to deal with “many challenges and opportunities” because “it is much more that unites us than separates us and the PP is convinced that the future governments of both nations will continue working together to address in a climate of cooperation and friendship the many challenges and opportunities we share.” These words of Moragas filled with wisdom and sanity, in my opinion, reflects the political thought of a balanced and moderate conservative such as Rajoy, who is far from the martial ardor of some popular anti-Moroccan leaders during the governing years of Jose Maria Aznar.

Speaking to a group of Spanish and Moroccan journalists after the electoral victory of the PJD, Benkiran spoke out about Spanish relations: “Maybe it will be more complicated with Mr. Rajoy, but in any case we will try” because “we cannot change geography, we are neighbors and we are obligated to have the best relationship possible.” Keep in mind that for the first time since Morocco gained independence from Spain and France in 1956, the Moroccan prime minister will be a interlocutor of the same standing as the president of the Spanish government.

This turnaround occurred since King Mohammed VI decided to reform the Constitution and gave up some of his powers to the head of government. Hopefully, Rajoy has in Benkiran, who is an engineer and professor of physics, not only a smart leader and a sufficient demagogue, but also a politician capable of making decisions without waiting for the monarch’s approval.

Some analysts say Benkiran knows Spain well and was truly glad to receive positive approval by the PP on the electoral success of the PJD. The presence of the Moroccan Minister of the Presidency, Nizar Baraka, at the national convention held by the PP in Malaga last October, was a gesture of goodwill from Rabat, which did not criticize Rajoy’s visit to Melilla during the election campaign.

It should also be noted as positive that Abbas el Fassi’s Istiqlal party that up until now has shown the greatest willingness to establish a governing alliance with the PJD of Benkiran, and this conservative nationalist formation maintains excellent relations with the PP; both parties are part of the International Center Democratic Party. Surprisingly, however, the PP parliamentary spokesman for foreign policy, Gustavo de Aristegui, an intelligent, educated and well versed leader in the Arab world, and perhaps the preferred partner among the Morocco, has not been a candidate in the general election, and it appears he will not be the Foreign Minister of Rajoy.

Spanish relations have been, are and probably will be difficult in the future. This is logical for two neighboring countries that share common and divergent interests. However, between Spain and Morocco there is no other way than dialogue and if possible concordant agreement.

Ever since Spain returned to democracy after the death of dictator, Francisco Franco, on November 20th, 1975, its relations with Morocco have been complex. The administration of Jose Maria Aznar at the head of the Spanish government was the most complicated period. Aznar made mistakes, was arrogant with his southern neighbor and seemed to forget that Spain is the second largest investor and trading partner of Morocco and has great economic, political, cultural and geostrategic affairs to defend. Aznar was wrong, but it was not entirely his fault.

In Morocco, some politicians and media are full of hatred towards the northern neighbor and threw all kinds of snares and insults against Aznar, his government, the PP and all of Spain. Unfortunately, in Spain, certain newspapers and radio stations followed a quite similar pattern and easily confused legitimate political criticism with insults and racist attacks at the Moroccans.

Jose Luis Rodriguez Zapatero substantially improved relations with Morocco but the head of the socialist government could not avoid moments of tension and also had to endure the pressures and attacks of various socio-political circles in Spain, who deny that Morocco has experienced democratic political development and has demonstrated signs of economic and social change in recent years.

Now it’s Mariano Rajoy’s turn. Hopefully he will have enough political intelligence and high-mindedness to place relations with Morocco in their appropriate strategic place. The two countries have to learn to live with one another, deal with conflict in a mature manner and replace confrontation with respect and understanding. Madrid and Rabat have to avoid the unfortunate habit of wanting to be right one hundred percent of the time.

And if they cannot reach agreement, both must avoid the trap of confrontation, or conflict. I am aware that in Spain and Morocco there are some leaders that are not up for the task, among other motives because it is to their benefit to have a fight. The sectarians of the two countries are quite unpleasant, but they are not strong, rather weak, because they confuse a quarrel with firmness. This time around this attitude must not preside nor win.