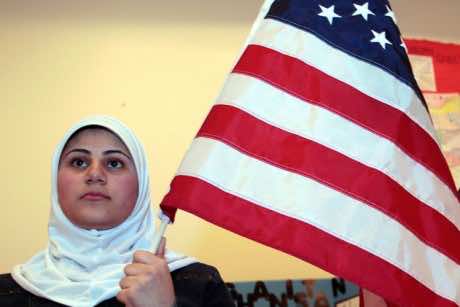 Due to the steady increase of immigration from the Arab world since the 1950s, Arab Americans have become an important population in the U.S. Arab Americans, after much struggle, have achieved some measure of prosperity in their adopted country, and contribute effectively to U.S. economic development at all levels.

Arab Americans continue to inform the debate on U.S. foreign policy in the Middle East, and have helped ensure that it is based on mutual respect; they help bridge the gap between their native culture and the culture of the U.S. Through many challenges, including achieving fair and balanced treatment in media and popular culture, this community has worked to become full participants in American society. Although total integration is yet to come, Arab Americans have admirably overcome political and social exclusion to gain a place in the U.S. melting pot.

Of course the biggest obstacle to acceptance into mainstream America is the legacy of the 9/11 terrorist attacks. Arab Americans shared the nation’s sorrow on that tragic day, and yet in the aftermath had to defend themselves and their families—and their reputation as Americans—from suspicious and hostile neighbors, with the media often fueling hatred and discrimination. But 9/11 also offers examples of how the country pulled together in a time of crisis: Arab Americans joined in the rescue efforts, and many Americans stepped forward to help  persecuted Arab Americans. In the last decade, Arab American communities have worked with their fellow citizens to achieve mutual understanding and combat stereotypes, taking messages of cooperation into classrooms, community centers, and places of worship.

As healing continues and Americans look back, Arab Americans are recognized for their contributions to the 9/11 recovery efforts, which reinforces the belief that the strength of the U.S. lies in its ability to overcome mistrust and hatred through understanding and inclusion.

Discrimination against Arabs following 9/11 highlighted the importance of protecting civil and constitutional rights for all citizens. Despite the contributions of Arab Americans to the strength of the U.S. at all levels, the community still has many challenges to overcome in combating the biases generated by the 9/11 attacks, and achieving integration and full acceptance as Americans.

This story is © Morocco World News.

Bader Oulamine is an English teacher, from Azrou, province of Ifrane in Morocco. He holds a B.A. in English studies from Sidi Mohamed Ben Abdellah University, Fes. In 2007, he joined Benedictine University, Illinois, where he studied leadership and communication and earned a Master’s degree in communication. He is interested in culture, politics, English and Mathematics. He is Morocco World News’s correspondent in Rabat.