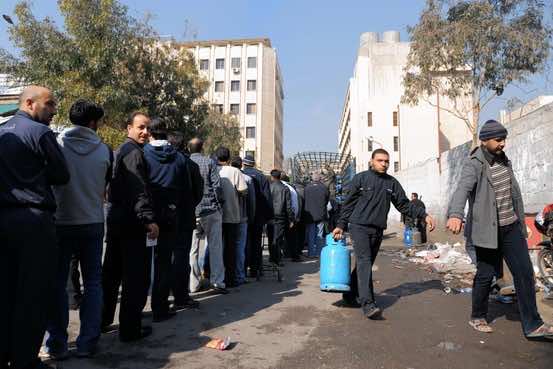 Arab League chief Nabil al-Arabi said on Monday he was consulting Arab foreign ministers on Syria’s last-ditch effort to avoid new sanctions by offering to allow an observer mission into the country “with conditions.”

The Arab bloc had warned it would impose sweeping sanctions on Syria, where the UN estimates a crackdown on anti-regime protests has cost more than 4,000 lives, unless Damascus allowed monitors access to the country.

Arabi, whose organisation suspended Syria’s membership last month, told reporters that Syrian Foreign Minister Walid Muallem had sent him a letter agreeing to sign off on the monitors “but with conditions and demands.”

“We’ve contacted Arab foreign ministers and they have been apprised of the Syrian letter,” he said.

Syria asked in the letter for “minor changes which do not touch on the substance of the protocol and for clarifications that are not linked to the nature of the mission,” Syrian foreign ministry spokesman Jihad Makdisi said.

“We asked them for the names and nationalities of the observers” he said.

“We hope for a positive reply,” Makdisi added. “The success of this mission depends on Arab intentions.”

The sanctions voted last month included an immediate freeze on transactions with Damascus and its central bank and of Syrian regime assets in Arab countries.