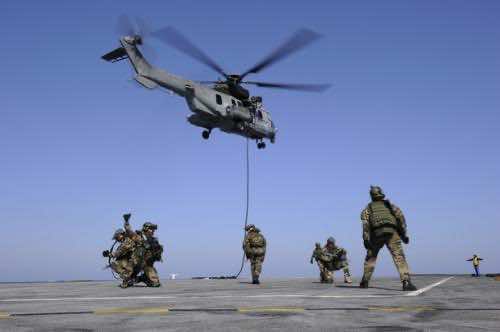 France is ready to offer military training to Libya and is examining ways to boost its cooperation with the new regime, French army chief of staff Admiral Edouard Guillaud said on Monday.

“France is ready to provide what the Libyan government asks for, particularly in (military) training,” Guillaud said after talks with Libyan
leader Mustafa Abdel Jalil and Defence Minister Osama Juili.

He said his visit was to “contact our Libyan counterparts after the revolution, to see how to cooperate now that peace has returned.”

“We had relations with the former Libyan army. We will revive them, either with the navy, air force or army.”

Asked by AFP if arm sales were discussed with Libya’s new leaders, Guillaud replied: “I am a user, not a seller of weapons.” France spearheaded the NATO operation which helped topple Moamer Kadhafi who was captured and killed on October 20 after ruling Libya for more than 42 years.