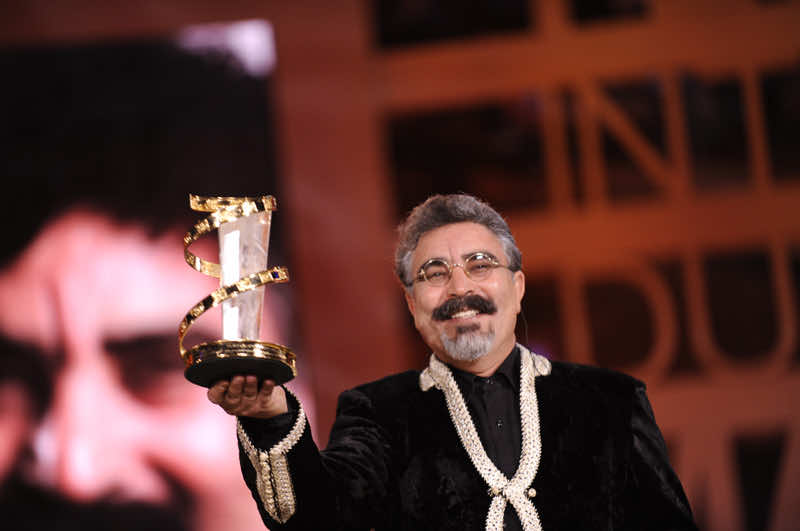 Marrakech, or as some like to call it “The Pearl of the South”, hosts each year the International Film Festival of Marrakech. The Festival, which was first inaugurated in 2000, is one of the biggest events in Morocco that celebrates Moroccan and international cinema, with a special exclusive premiere of new productions.

This year, IFFM was an occasion to honor many artists among which the great Moroccan actor Mohammed Bestaoui, who captured the hearts of the Moroccan audience through his various cinematic, theatrical and TV roles that can be put under the category of the purposeful art far away from the familiar clichés.

Bastaoui is a professional actor who, along with a group of other creative artists (like Mohammed Choubi and Mohammed Khouyi) called by the critics as “the middle generation” in Moroccan cinema, was able to place quantum leap in the film industry. This “middle generation” contributed significantly in the cinematic boom that Morocco is witnessing both on the national and the international level.

In an interview with MAP, Bastaoui said that his generation seeks to provide people with credible characters, which made it give another added value to the seventh art in Morocco, despite the fact that it entered the midst of acting through the stage, cinema or TV at a time when there were no institutes or training schools in those creative fields.

Bastaoui started his acting career when he joined Masrah al-Yawm in 1987. Among his cinematic works we find: Fi Intidar Bazoulini in 1987 and Bye Bye Souirti in 1998 both by Daoud Wlad Siyed, ‘Atach in 2002 by Saad Chraibi, as-Sawt al-Khafiy in 2011 by Kamal Kamal.

The Moroccan audience also knew Mohammed Bastaoui through his roles in various TV series, such as: Dwayer Zman in 2000, Saqr Quraych in 2002, Lmejdoub in 2009, and the last one was Yak hna Jiran 2010-2011, which generated a huge admiration from the viewers during its show in Ramadan.

Before the ceremony, the audience had the chance to watch one of Bastaoui’s films, Bye Bye Souirti, at Jamaa’ Lafna.

Honoring Bestaoui at the International Film Festival in Marrakech this year is considered as an honoring and a celebration of a great generation of Moroccan actors who contributed in empowering the Moroccan silver screen and paved the way to young Moroccan artists and filmmakers to fame and stardom while tackling interesting and bold issues. Bastaoui considered the honoring he was given as additional motivation to encourage him to continue his efforts abundantly. He also expressed his wish to be given future opportunities to play other different roles, especially his dream of playing the role of Mahdi ben Toumart.

Bastaoui has also already been honored at the Festival of African Cinema in Khouibga, which is one of the biggest festivals that celebrate African cinema, when his great performances drew the attentions of cinema critics and the audience as well.