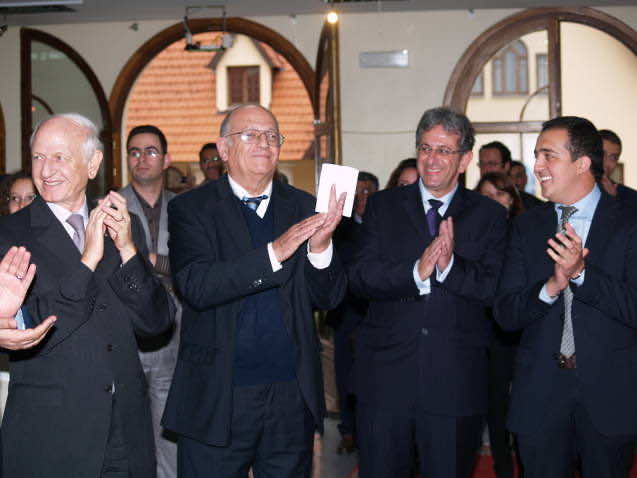 Mr. Levy was born in the historical city of Fez, Morocco in 1934.  He was a professor in the Spanish Department of Mohamed V University in Rabat after he spent some time in prison during Morocco’s colonization period because of his resistance to the French and demands to grant Morocco independence.  Subsequently, Levy was also imprisoned during the years known as “Years of Lead” because of his demands to grant citizens more individual liberties and rights.

Mr. Levy was a leading figure and active member of Morocco’s Communist party (which, later on, became known as PPS). He held numerous key positions within the party for more than 30 years.  He was also the Secretary General of Moroccan Judaism Foundation and the Director of its Museum in Casablanca.

In regards to his activism in international issues, he openly supported the Palestinian case and showed strong support towards the right of Palestinians to establish a sovereign and independent state.

In the later years of his life, he was in close contact with a student created and-run organization called Mimouna Club at Al Akhawayn University in Ifrane.  He has been a loyal supporter towards the club since its opening in the spring of 2007. Levy was not only a supporter, but also helped organized several activities that aims at highlighting different aspects of Moroccan Judaism.

Following his passing away, the club issued the following statement :“We will always remember Mr. Levy for his passion, conviction, tenacity, and courage, as well as his love for Morocco and his compassion for fellow human beings.”

The Moroccan Jewish icon’s funeral was held in the Jewish Cemetery of Casablanca on Sunday December 4th, 2011.   Many political figures and famous personalities from all walks of life came to pay tribute to his memory.  Also present were the King’s Advisers, Mr. André Azoulay and Mr. Omar Azzimane.

Mr. Levy will truly be missed by all and will always be remember as a heroic icon, an inspiration, and a loyal friend.  No words can ever express what he has meant, and what he will always mean for Morocco’s historical Jewish culture.

His work will continue to guide future generations, academia, and researchers all over the world. While we all grieve for his passing away, let’s remember the tremendous work he did for Moroccan Judaism.

Ghassan Essalehi was born in 1988 in Rabat, Morocco. He holds a BA in International Studies & Communication and now is completing an MA in Diplomacy at Al Akhawayn University in Ifrane, Morocco. Ghassan has experience as the Editor in Chief of the University English newspaper and focuses on community welfare. Ghassan is also a member of his university Student Government Association and Mimouna Club which aims at promoting Moroccan Judaism. He is a contributor to Morocco World News.