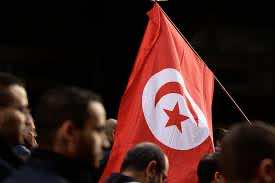 Tunisia’s newly elected constituent assembly on Tuesday reviewed a “mini-constitution” whose adoption some lawmakers warned was urgently needed to form a government and defuse growing tension on the street.

The 217 deputies must examine a 26-clause document which will make it possible to get state institutions back on the move, a month and a half after Tunisia held its first post-revolution election.

About 300 people calmly demonstrated Tuesday outside the constituent assembly buildings, shouting slogans like “Freedom and dignity”.

“The people are sick of waiting. Let’s get down to work, enough messing around,” cried one lawmaker from the dominant moderate Islamist Ennahda party, Amar Larayedh, shortly after the session began.

The head of the opposition Progressive Democratic Party, Maya Jribi, warned of “the risks of a social explosion and the deterioration of the security situation in the country.”

The outgoing government of Beji Caid Essebsi, formed in the wake of the January 14 ouster of dictator Zine El Abidine Ben Ali, has officially resigned and many Tunisians have expressed growing impatience at the institutional limbo.

The election of a president and the creation of a government can only take place after deputies have adopted the “mini-constitution”, which was laboriously drawn up over two weeks.