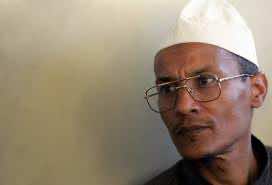 Algeria’s national assembly on Tuesday voted to maintain a two-decade ban on the country’s main religious party as lawmakers debated proposals for a new electoral law.

A month after Islamists swept to victory in neighbouring Tunisia, the vote will ensure that the Islamic Salvation Front (FIS) party, which came out on top Algeria’s 1991 elections, will continue to be locked out of power.

The army cancelled the second round of elections in early 1992, banning the FIS in the process. The outcome was a civil war that lasted a decade which claimed about 200,000 lives.

President Abdelaziz Bouteflika was catapulted into power and has been in charge of the former French colony ever since, despite the recent uprisings in other parts of the Arab world.

While not singling out the FIS, Tuesday’s vote upheld a ban on “any person responsible for the exploitation of religion having led to the national tragedy (civil war) from founding a party or participating in its creation.”

The continuation of the ban was one of the main recommendations of a special commission which are currently being voted on by parliament.

The deputies also approved of an amendment stipulating that a ban should be extended to all persons who have “participated in terrorist acts and who refuse to recognise their responsibility in the conception, the preparation and the execution of a policy in favour of violence against institutions of the state.

The amendments were condemned by the exiled veteran leader of the FIS, Abassi Madani, who said in a statement that they “violate international conventions on political and civic rights”. Madani, who now lives in Qatar, urged Algerian parties to reject them.