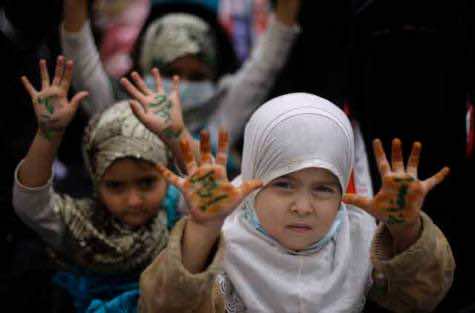 The United Nations human rights chief today condemned the killing of unarmed civilians in Yemen in recent days, and stressed that lethal force and heavy weapons must not be used against peaceful protesters.There are reports of more than 20 people being killed in the southern city of Taiz since last Thursday, according to the Office of the High Commissioner for Human Rights (OHCHR).

This is despite the recent signing of an accord to restore peace and stability in the country, which has been rocked by civil unrest and violence since the start of pro-democracy protests earlier this year.

“It is appalling and extremely disappointing that despite the successive deals and ceasefires, Government security forces continue to use live ammunition against unarmed protestors,” said High Commissioner Navi Pillay.

According to the UN Children’s Fund (UNICEF), three children have been killed and seven injured in the latest violence in Taiz, bringing the total number of children killed since March to 138 and those injured to 568. A three-month-old child, killed on 1 December, is among the dead.

Ms. Pillay stressed that violence is not the way to resolve the current difficulties in Yemen. “The Government must immediately ensure that lethal force and heavy weapons are not used against peaceful demonstrators.

“Human rights violations in Taiz must be independently investigated, the results of the investigation must be made public, and those responsible must be brought to justice without delay,” she added.

The High Commissioner also called on the Government to grant immediate access to her staff to enable independent assessment of the human rights situation on the ground.

The Yemen Humanitarian Country Team, comprising UN agencies and international and local non-governmental organizations (NGOs), have also called for the protection of civilians in Taiz after the latest killings.

Elisabeth Byrs of the UN Office for the Coordination of Humanitarian Affairs (OCHA) told reporters in Geneva that the violence continues, despite a ceasefire agreement reached on Sunday. It is reported that heavy shelling and street fighting have damaged civilian neighbourhoods and forced many residents to flee their homes.

The country team, in a statement, called on all armed actors involved in the conflict in Taiz to ensure the safety and protection of all civilians in accordance with universally recognized principles of human rights and international humanitarian law, Ms. Byrs added.

The protests that began earlier this year in Yemen are part of a broader pro-democracy movement that has swept across North Africa and the Middle East this year.

Under the political agreement reached two weeks ago, President Ali Abdullah Saleh will hand over his powers to Vice-President Abed Rabbo Mansour al-Hadi and presidential elections will be staged within 90 days. Over the next two years, a government of national unity will establish a national dialogue to ensure that a broad section of society takes part in determining Yemen’s future, with a constitutional review to follow.