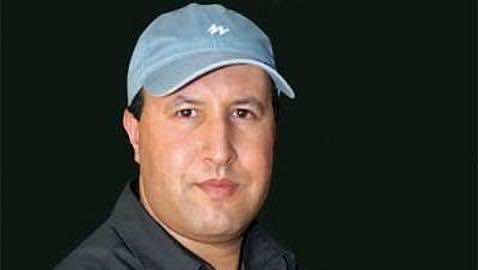 Human Rights Watch (HRW) urged Moroccan authorities to set free the executive editor of the Al Massae newspaper, Rashid Nini. The latter was convicted by the Casablanca Court of First Instance, on June 9, on charges of “gravely offending” public officials, accusing public officials of violating the law without providing proof and offending the judiciary or discrediting its rulings or trying to influence the courts.

He was sentenced to one year in prison and was fined 1,000 dirhams (US$120). The sentence and verdict were appealed by Nini’s lawyers, but were both upheld by the court.

The human rights watchdog stressed in a statement released today that “Moroccan authorities should void the conviction of a journalist who is serving a one-year term for “gravely offending” public officials and disparaging the courts”.

“Rachid Nini’s incarceration belies the commitment of Moroccan authorities to freedom of expression as affirmed in the country’s new constitution,” the organization added in its report.
Sarah Leah Whitson, Middle East and North Africa director at Human Rights Watch said “One of Morocco’s most famous journalists is behind bars because of what he wrote about public officials and state institutions.” “That is plain wrong – whatever one may think of his columns,” she added.

She went on to say that “the imprisonment of Rachid Nini dramatises the need to close the gap between Morocco’s reformist constitution and its laws that criminalize speech. His continued imprisonment calls into question the government’s commitment to guarantee free expression.”
Rashid Nini, who is still behind bars, was accused of having written several columns in Al-Massae, in which he “severely” criticized government officials.

“There are still many people who don’t like him and don’t appreciate his style of writing and his approach of daily Moroccan issues through his daily column “Chouf Tchouf” in Al Massae”. “I don’t really agree with all what he says, as he contributes to creating some sort of polarization in Moroccan society”, said a university student from Fez, who asked to speak on the condition of anonymity.

However, “it is disappointing to see our government officials claim that they are upholding fundamental freedoms, while at the same time curtailing the freedom of expression of journalists”, he added.

“Chouf Tchouf”, which can be translated into “Look and See”, is Nini’s daily column in which he frequently targets what he views as acts of corruption and injustice for which he blames Moroccan authorities.

His case is drawing attention worldwide, and raises many questions regarding the state of journalism and journalists in Morocco. One might only ask whether there is any hope for a better change especially with the new government and all the political changes Morocco is going through, and most importantly, with the election of the Party of Justice and Development (PJD).

On April 26, Rachid Nini was called for by The National Brigade of the Judicial Police (la Brigade nationale de police judiciaire, BNPJ) for questioning and then was released later on the same day.

On April 28, the police obtained an order to arrest him and held him under custody for 96 hours. He was interrogated for the content of his daily columns. He was then brought to the Casablanca prosecutor who informed him that he was facing charges of “gravely offending senior officials” in addition to other charges.