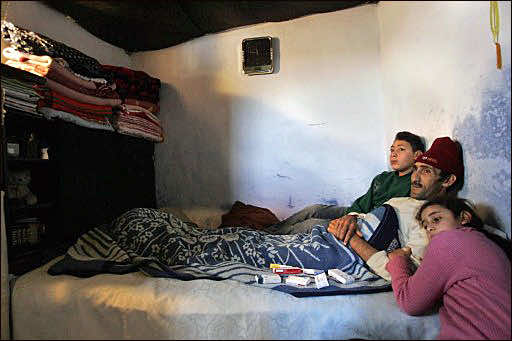 In a new report, the outgoing Moroccan administration comes under fire for a variety of shortcomings.

Morocco’s next government faces a wide range of challenges. According to a new report by the independent national ombudsman institution, none of the key issues of housing, health care, employment, education, and media were addressed adequately by the outgoing administration.

The report – issued on November 17th by the Ombudsman for Democracy and Human Rights – gives a critical assessment of the outgoing government’s activity between 2007 and 2011, comparing its achievements with the commitments it made at the beginning of its term of office.

In education, the report identifies a failure to close a persisting gap between urban and rural schools, the lack of a pre-school education strategy, unchecked development in private-sector education, discouraging drop-out statistics (reaching 147,000 per year), and a general lack of national co-ordination.

With regard to employment, the report states that the government did not keep its promise to bring the poverty rate down to 7%. The average number of jobs created was 137,000, instead of the 250,000 pledged at the administration’s outset. Finally, the National Employment Promotion Agency was criticised for “not having a transparent IT system”.

Despite favourable trends in housing in recent years, the report points to a number of weaknesses. The annual housing deficit remains at 80,000 homes, not quite halfway to the government’s goal to build 150,000 new units. Additionally, it is estimated that only 50% of its commitments in connection with the Cities Without Shanty Towns programme were fulfilled.

The government has also failed to implement a charter to reduce inequality in the availability and quality of health care, according to the report. Other problems include aging equipment and inadequate staffing and training.

In the media sector, the government has not worked out a comprehensive and integrated vision. The report underlines a lack of monitoring of regulatory compliance, dwindling readership of print media, and an unrevised Press Code.

Representatives of the government did not welcome the findings of the report or its timing, coming as it did just days before the legislative elections.

The Ministry of Housing and Land Planning, headed by Taoufiq Hjira, issued an official response in which Hijra said that the appraisal of the housing sector was based on “unfounded and unverifiable” data. He said that the report “misjudges and ignores the efforts made by our country”.

Khadija Merouazi, general secretary of the Ombudsman’s office, said the institution carried out a scientific analysis of issues facing citizens without regard to the electoral situation and did not tailor its reports to any particular agenda.

Hachim Bedaoui, a political analyst, said that the office of the Ombudsman for Democracy had a reputation for reliability. It is only to be expected that the officials involved would feel slighted by the criticisms made in this special situation, he said.

“Other reports issued by the same organisation have been presented in the past without stirring up vehement reactions,” he added. “Government officials know that when such reports are published within a few days of elections, they can influence voters.”

Moroccans have high hopes for the next government, which will be formed by the Justice and Development Party (PJD). The party and the new administration have a difficult task ahead, as they levelled many of the same criticisms against the government while serving in the opposition.