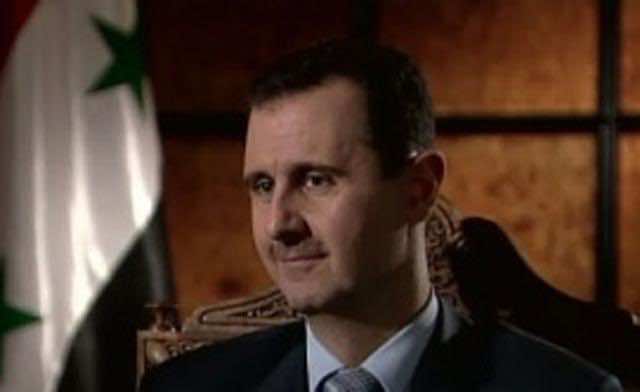 Syrian President Bashar al-Assad denied responsibility for the killing of thousands of protesters, telling a U.S.reporter he was not in charge of the forces behind the crackdown, the network said Tuesday.

In a rare interview, Assad spoke Monday to ABC News veteran journalist Barbara Walters in a bid to defend himself amid growing global condemnation of the nine-month-old crackdown which the U.N. says has killed 4,000 people.

ABC News plans to air the interview on Wednesday but a reporter for the network, seekingU.S. reaction at a State Department briefing, quoted Assad as saying: “I’m president. I don’t own the country, so they’re not my forces.”

Reacting to the excerpt, State Department spokesman Mark Toner criticized Assad and said he has had multiple opportunities to end the violence.

“I find it ludicrous that he is attempting to hide behind some sort of shell game (and) claim that he doesn’t exercise authority in his own country,” Toner told the briefing.

“There’s just no indication that he’s doing anything other than cracking down in the most brutal fashion on a peaceful opposition movement,” Toner said.

Syria has come under growing pressure from the United States, European Union, Arab League and non-Arab Turkey to stop the violence.

The Arab League has threatened to impose new sanctions unless Syria lets in monitors. In a letter late Sunday, Assad’s regime said it will allow monitors but only if conditions are met.

The United States and France on Tuesday sent their ambassadors back to Syria, hoping that they will help shed a light on the violence and show solidarity with protesters after being pulled out due to security concerns.

Syria accuses “armed terrorist groups” of fueling the unrest, which comes amid a wave of street protests across the Arab world this year that have toppled authoritarian regimes in Egypt, Libya and Tunisia.

ABC News said that it was Assad’s first interview to U.S. media since Syria launched the crackdown in March.

Walters, 82, is known for interviews that seek to probe high-profile figures’ personal sides. She is a creator of the popular ABC News morning show “The View,” which features a panel of women hosts.