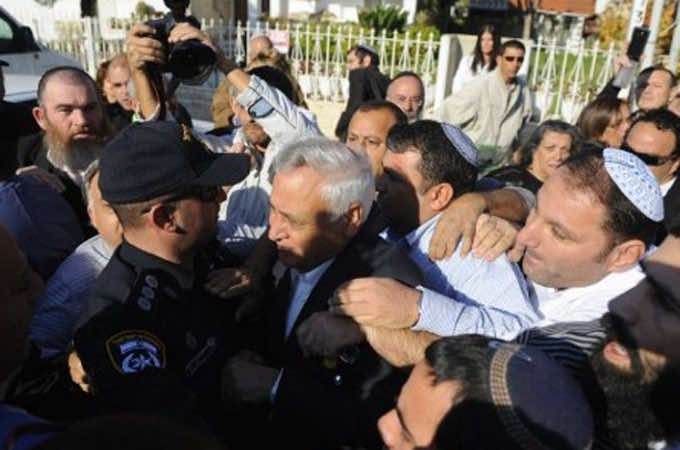 Moshe Katsav, jailed for rape and other sexual offences, maintains innocence as he begins seven-year sentence.

Former Israeli president Moshe Katsav has reported to prison to begin a seven-year sentence for rape and other sexual offences.

Before travelling to Maasiyahu prison on Wednesday, Katsav, who was president from 2000 to2007, onceagain claimed innocence, telling journalists his incarceration amounted to “executing a man… based on impressions, without real time testimony, without evidence”.

The former president also accused authorities of ignoring evidence that could clear him, and predicted he would one day be vindicated.

“One day, consciences will prick and you will see that you buried a man alive.”

Katsav, the highest-ranking Israeli official ever to enter prison, was convicted in December 2010 of raping a former female employee when he was a cabinet minister, and of sexually harassing two other women while he was president.

In the absence of forensic evidence, prosecutors built their case almost entirely on witness testimony. Legal experts say the similarities in the accounts of victims who did not know each other likely led to the conviction, in which the judges accused Katsav of lying.

The case has both capitivated and appalled the nation, with Katsav’s conviction hailed as a victory for women’s rights and equality under the law.