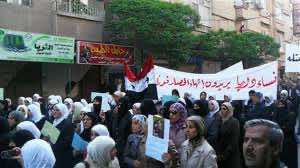 “These killings must stop,” Burt told AFP in Tripoli, where he reopened the British Council which had been closed during the armed revolt against Moamer Kadhafi’s regime.

Burt welcomed the Arab League’s decision to impose sanctions on the Syrian government.

“The sanctions on Syriaby the Arab League are most important. Such sanctions will continue. The isolation of Syria will continue and intensify,” he warned.

The minister expressed hope that Russia, allied with Syria since the Soviet era, would also be “encouraged” to back such moves.

The Arab League approved on November 27 an initial wave of sweeping sanctions against Syria’s government over its deadly protest crackdown — the first time the bloc has enforced such punitive measures against a member state.

Measures included an immediate freeze on transactions with Damascus and its central bank and of Syrian regime assets in Arab countries.

Moscow is the main arms supplier to Damascus and stubbornly refuses to join the chorus of condemnation of the crackdown.

Syrian President Bashar al-Assad, meanwhile, in a US television interview released Wednesday denied ordering the killing of protesters, saying that “only a crazy person” would do so.

Speaking to ABC News, Assad questioned the UN death toll of more than 4,000 in the unrest and said most victims were government supporters. He also brushed aside international sanctions and said Syria had launched democratic reforms.