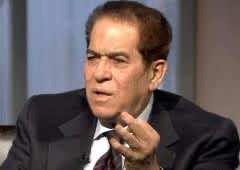 The new line-up of 30 ministers, including the prime minister, retains 12 from the last cabinet. Three ministers appointed by strongman Hosni Mubarak shortly before his overthrow have also survived the shuffle.

Ganzuri, a 78-year-old former premier from the Mubarak era, was appointed nearly two weeks ago but had reportedly had difficulties picking as a new interior minister to oversee the police.

Yusuf told reporters first priority was to restore security in Egypt, which has seen a rise in crime and violence after protesters torched police stations across the country during the uprising against Mubarak.

Egypt’s second caretaker cabinet appointed after Mubarak was toppled in February resigned on November 21 under pressure from violent protests against its handling of the transition to democracy.

Protesters took to the streets of Cairo again last month to pressure the interim army rulers in the Supreme Council of the Armed Forces (SCAF) to transfer control to civilian leaders.

A leader of protesters who have camped out in front of the cabinet’s office in central Cairo since November 25 told AFP they would not end the sit-in, which could lead to a possible confrontation when ministers try to enter the building.

The military, which has promised to step down after presidential elections by July 2012, said on Wednesday it granted Ganzuri presidential powers, but he will not take charge of the judiciary or the army.

Ganzuri had said he was allowed more powers than any prime minister in the country’s recent history, but the military is expected to retain control of all sensitive decision-making until it transfers power to an elected president. Pro-democracy protesters have accused the generals of preparing to consolidate power.

The SCAF has said it expects to retain supra-constitutional powers in future such as oversight over army-related legislation.