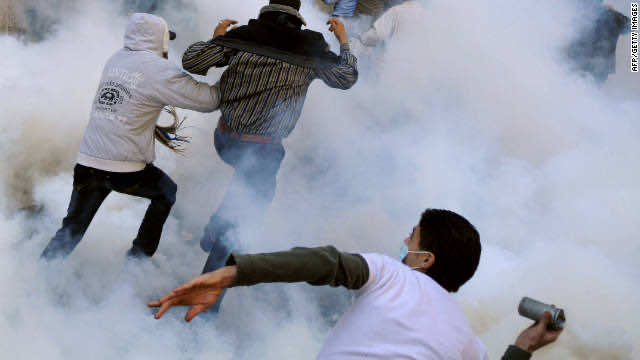 The United States continued to send ammunition to Egypt, even as security forces pressed their violent crackdown on protesters there, Amnesty International said Wednesday.

The rights group said one recent shipment arriving in Egypt last month carried at least seven tonnes of chemical irritants and riot control agents such as tear gas, and was destined for the country’s Interior Ministry.

Amnesty demanded that all such weapons shipments be halted during the crackdown.

“US arms shipments to Egypt’s security forces must be stopped until there is certainty that tear gas and other munitions, weaponry or other equipment aren’t linked to bloodshed on Egyptian streets,” said Brian Wood of Amnesty International.

Amnesty was strongly critical of the US government’s decision to permit the shipments, noting in its statement that “the Egyptian government responded to protests by using excessive and often lethal force.

It added: “It is inconceivable that the US authorities did not know of evidence of widely documented abuses by the Egyptian security forces.”

The rights group called for the creation of an international treaty to cover munitions used by law enforcement operations, such as tear gas.

“An effective arms trade treaty, which includes a comprehensive scope and robust national licensing controls, would help ensure that arms exports of the USA and other major arms-transferring countries do not fuel serious human rights abuses,” Wood said.

“Even in situations where protesters clash with riot police, it is no license to use excessive force and tear gas recklessly,” he said.

Last month’s shipment by US company Combined Systems, Inc. was one of at least three arms deliveries to Egypt since protests against the government of then president Hosni Mubarak erupted in late January.

Mubarak resigned and has been replaced by military rulers who have vowed to hand over power after presidential elections by the end of June next year.

But they have suspended the constitution, meaning the powers of a caretaker cabinet and a new parliament currently being elected, are unclear.

Amnesty said many of the cartridges and grenades picked up by protestors in Cairo’s Tahrir Square — which has become the heart of the demonstrations –bore the company’s trademark.

Amnesty said in its statement that a commercial trade database listed both shipments under the product code for bullets, cartridges and shells.