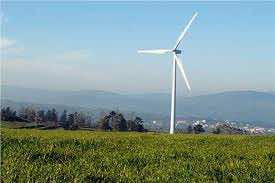 Vice President of the World Bank (WB) for the Middle East North Africa (MENA) region, Inger Andersen, commended the “leadership” of Morocco in the field of clean energy.

“We are very interested in Morocco’s leading role. It is the first country in the region which took the leadership in terms of concentrated solar power,” Andersen said at a panel on reform in the field of energy and economic development in the Arab World.

“We hope that the other countries follow Morocco’s example,” she added, highlighting the loans of 297 million dollars granted to the kingdom to fund the Ouarzazate Concentrated Solar Power Project.

This “ambitious” project will create new jobs, achieve Morocco’s goals in terms of energy export and energy security, as well as promote the sector, the WB official said.

With a capacity of 500 MW, the Ouarzazate Solar Complex will be one of the major Concentrated Solar Power plants in the world and an important step towards the achievement of the Moroccan national plan, which aims at deploying 2000 MW of solar power generation capacity by 2020.

The International Bank for Reconstruction and Development, World Bank group branch, which grants loans to governments of developing countries, will loan Morocco 200 million dollars, while the Clean Technology Fund will loan 97 million dollars.