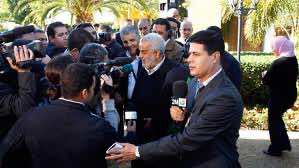 Morocco’s new government will be chaired by Abdelilah Benkirane, leader of the islamic Justice and Development Party (PJD), which received the most votes in legislative elections held in November 25th with 27% of the vote and 107 seats of the 395 that make up the Parliament. But the PJD still does not have an overall majority and will have to negotiate with other parties and obtain consensus on the most important decisions.

King Mohammed VI complies with the new Constitution, which stipulates that the prime minister be appointed from the party that wins the most seats. The election results reflect a fact known by all about the democratic process in our neighboring country, which has advanced in recent years with different rhythms and difficulties but has created in Moroccan society a sense that traditional parties have been inefficient and complacent towards a system that is perceived to be reluctant to engage in reforms

It is clear  that Morocco has experienced economic and social progress over the last ten years with sustained growth of its economy, a substantial improvement of its infrastructure, a renewal of agriculture and fisheries, a clear commitment to renewable energy and with a decisive drive to consolidate the middle class that demands effective and functioning taxation for redistribution of wealth and administrative capacity of the state.

However, there are still many differences between the most disadvantaged social classes, with high illiteracy rates, especially in rural areas, and those who are better-off that seem reluctant to lose some of their old privileges based on their close relationship to the King and what it is known as the Makhzen, the court that surrounds and controls all the strategic interests of the Kingdom.

With political reform accelerated this year by the protest movement of February 20th, and above all to avoid the spread of events in Tunisia and Egypt that brought down dictators, the King of Morocco has staged a political initiative crucial to face the future in a new framework. This includes an initiative for territorial reorganization and a new division of the regions with clear objectives for greater balance, especially in the northern zone of the Rif , a habitual area of problems, and of greater significance as a solution for the situation in the Sahara with broad autonomy under Moroccan sovereignty.

The new government emanating from the ballot is challenged to meet its commitments to work towards greater equality, more social justice and eradicate poverty levels that affect much of the population at a time when economic prospects continue on a path towards growth. In this scenario, it is essential tocount  on Spain’s cooperation, despite the lack of sympathy that has been publicly expressed by Abdelilah Benkirane towards Mariano Rajoy.

However, the PP did issue a statement congratulating the PJD for its democratic victory in an electoral process that it evaluated positively, and recalled that between Morocco and Spain there “is more that unites us than divides us.” The PP “is convinced that the future governments of both nations will work together to address, in a climate of cooperation and friendship, the many challenges and opportunities we share.”

With all due respect to the action of the government, the Kings of Morocco and Spain constitute the primary guarantor of the relations betweenthe two countries. This was demonstrated last May with a visit to Marrakech by Juan Carlos to show Spain’s and its king’s sympathy for the terrible attack on the Argana cafe, which caused 17 deaths, and to definitively resolve the political crisis created in the summer of 2010 after great discomfort was caused to Mohamed VI when, on two occasions, a Spanish military helicopter flew over his yacht while sailing in the Mediterranean.

The helicopter had been on a mission to supply the Spanish facilities in Al Hoceima. Bilateral relations have been unblocked ever since with a notable intensity and mutual conviction, that is increasingly shared, about the need for Spain and Morocco to have closer cooperation in all sectors, despite the usual reluctance of France, in line with the spirit of the agreement of Cooperation and Good Neighboring relations signed between the two counties in July 1991.

Beyond economic and trade issues, such as the negotiation for a new agricultural agreement between Morocco and the European Union, the improvement of conditions for Spanish companies to invest in different sectors of its neighbor’s economy, as well as political issues dealing with Moroccan’s pressure on Spain to change the neutral position it takes on Western Sahara, and to support the regional initiative pushed by Rabat, lays the coordination of on security and defense matters.

According to official sources, Spanish and Moroccan, the relationship between state security forces in combating terrorism, illegal immigration and trafficking of drugs has always been maintained at excellent levels with very notable results in prevention.

It also highlights the functioning of judges, one in each country, which channel the most sensitive legal issues between the two countries. Attacks by Al Qaeda in Madrid and Casablanca, with the participation of Moroccan terrorists, had an effective operational response at all levels to neutralize the real threats which are currently represented by the group Al Qaeda in the Islamic Maghreb, who is nourished by members from the former Salafist Group for Preaching and Combat, which operates in the Sahel area and has kidnapped several Westerners, including several Spanish foreigners.

This concern has recently amplified after the kidnapping of two Spanish aid workers in a refugee camp of the Polisario Front in Tindouf, some of whose members may have collaborated with the terrorists. The intelligence services from Spain and Morocco work “at a satisfactory level,” according to sources, that claim that bilateral problems between Morocco and Algeria still need to be overcome in order to optimize the resources of the area and fight against terrorism.

In any case, the Moroccan constitutional reforms established that the king will keep all his powers in the appointment of the Minister of Defense and Religious Affairs. His influence over the new prime minister will be determined by the individuals who are placed in charge of the portfolios of Foreign Affairs, Interior and Justice.