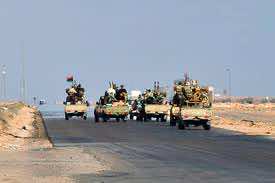 Libya’s interim government, under pressure from civilians, faces a tough task to disarm hundreds of former rebels who toppled Moamer Kadhafi’s regime and who are now ensuring security on the streets.

The new government is yet to declare a clear programme as to how it plans to disarm these rebels who still parade their weapons, man checkpoints, secure installations and also the North African country’s borders.

“It is very difficult to disarm the country overnight. We are all against weapons but there must be a mechanism to disarm the country,” said Abdallah Naker, an influential commander from the Zintan brigade which won accolades after capturing Kadhafi’s most prominent son, Seif al-Islam, last month.

“There is no state currently. We have not received any proposal from the government. When institutions are really set up, we will talk,” he told AFP.

Pressure to disarm the former rebels has mounted after local media reported several skirmishes between militia factions in Tripoli, with some resulting in casualties.

Residents of Tripoli are growing increasingly angry with fighters who hail from cities like Misrata and Zintan, and who helped liberate the capital in August but have yet to return home.

Tripoli’s city council, firmly backed by the government, has given a December 20 deadline for militias from outside the capital to leave.

The militias have reportedly occupied several Tripolibuildings to use as their headquarters.

They man checkpoints on key roads and also secure installations such as Tripoli’s international airport or the building of the state-owned National Oil Company.

The Zintan brigade provides security for the airport, while fighters from Misrata say they are protecting the NOC building.

In recent days, civilians have locked down main roads and suburban streets in protest to exert pressure on the Libyan government to rid the city of the militias.

And on Thursday, hundreds of residents backed by agitated policemen held a protest rally on Tripoli’s landmark Martyrs’ Square to denounce the presence of the militias.

“The main challenge for Libya now is how to maintain stability and security,” said Alistair Burt, the British Foreign Office’s minister for the Middle East and North Africa.

“On the security front it has to have a programme on how to take the arms off the streets,” he told AFP during a visit to the Libyan capital this week.

“I am not sure the police can offer security on their own. But together with rebels they can,” said Abdulmonam Binzena, a rebel from Tripoli who backed the presence in the capital of fighters from other cities.

The government faces this challenge, but a stand-off between the new regime and the militias appears unlikely.

Kib’s cabinet has representatives from Misrata and Zintan heading the key ministries of interior and defence, in a move to appease militias from the two cities as well as the people there.

And last week interim interior minister Fawzi Abdelali said that 50,000 of the former anti-Kadhafi fighters would be absorbed into the security forces of the two ministries, while 200,000 would be rehabilitated.

But commanders like Naker are sceptical and maintain that only verbal assurances would not suffice.

“Who will guarantee the rights of my fighters? Some have coughed up around 12,000 dollars to buy weapons (used against Kadhafi’s forces). Who will compensate them? They must be compensated and honoured,” he said.

Misrata fighters, meanwhile, said they were ready to leave Tripoliif their commanders issue such an order.

“Our group is protecting the National Oil Company building and offering security to employees there. We are ready to leave Tripoli the moment our commanders tell us,” said Misrata fighter Haza Ghanem.