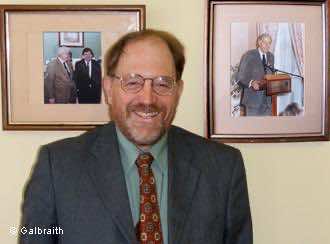 The clearing of various Occupy Wall Street camps around the US reveals a double standard, writes James Galbraith. Legal protesters are hit with the full force of the law, while criminal bankers remain scot-free.

Occupy Wall Street (OWS) is the first street protest I’ve known of to state its values not with a manifesto but with a library. The People’s Library held a corner of the encampment at Zuccotti Park in New York City, and consisted by the end of over 5,500 books, neatly maintained and cared for by volunteers.

The movement’s other stylistic innovation is the General Assembly, a daily meeting, at which the crowd relays each speaker’s words by repeating them, phrase by phrase. This started out as a way to counter a ban on megaphones.

But it has morphed into a political syntax, for two reasons: it engages the audience, since they must listen in order to repeat, and it disciplines the speakers, to keep their sentences pithy and their interventions short. In consequence more people take the floor.

The People’s Library and the General Assembly convey that OWS is about a politics of ideas and discourse. It is in plain opposition to the prevailing politics of money and force.

Nobody has to say this; it just is – a small model of middle-class organization, with a field kitchen, medical station, cleared pathways and clean-up crews. By its forms, the movement asserts the claim of republicanism and democracy against the ethos of markets and empires.

For this reason, and unlike past movements that sought to provoke and outrage the middle classes, OWS tapped into a well-spring of public goodwill. Though the actual protesters were few, they were fed and sustained by many more, treated well in the press, visited occasionally by the famous, and could call people into the streets to back them up if they were needed. And the movement began to spread around the country.

This disturbed the quiet world of the bankers. Unlike in Europe where the most serious stresses from the economic crisis – in Greece or in Ireland, say – are highly visible but remote from the bank headquarters, in America they are mostly invisible but close at hand.

Bankers here are used to going about untroubled by the people they’ve harmed – and yet they are conscious that those people are not far away. When the victims surface, right outside the office window, it’s distressing. The very sight of the encampment, disciplined and clean and legal though it was, was an affront.

New York’s Mayor Michael Bloomberg made two efforts clear to OWS from Zuccotti Park. The first time he gave fair warning, the campers mounted an effective mass resistance, and the police backed off.

The second one came at night, on November 14, without warning. It was widely and correctly compared to a military operation. While the level of brutality did not reach that of 1968 in Chicago or Paris, methods were rough and people were hurt. The tents, kitchen and personal belongings were trashed. And the library was destroyed.

The raid was lawless. Before they moved in, the police read a statement declaring that the city had “determined” that the site was a health and fire safety hazard. This was false – no such determination had been made.

At his press conference the next morning, the mayor took “personal responsibility,” saying that the raid met the demands of the “owners” of the park – a development corporation which had agreed to maintain it open 24/7 in return for a zoning variance on a nearby building, and on whose board the mayor’s girlfriend sits. This was, indeed, the ugly truth.

Elsewhere in the country, 18 mayors coordinated their attacks on Occupy encampments. In Oakland and Berkeley and Portland and Seattle there was police violence, including the pepper-spraying of an 84-year old woman, and a pregnant teenager, who was kicked in the stomach, has now miscarried.

At the University of California, Davis, a police officer pepper-sprayed an entire row of seated, non-violent students. Photos and video quickly went round the world. Reports that the Federal Government played a role in all this remain unconfirmed so far.

Meanwhile as the journalist Matt Taibbi said, in the skyscrapers above, “anything goes.” While a few state-level prosecutions have started, the Federal Department of Justice remains to all appearances fast asleep.

This is despite official reports, including that of the Financial Crisis Inquiry Commission (which made criminal referrals) and that of the Senate Permanent Committee on Investigations, which laid out a road map for prosecutions in certain high cases.

Thus we have extra-legality in two dimensions. One is the use of force against unarmed, nonviolent protesters who have committed no crime, pose no threat, and uphold the political values of the middle class. The other is the failure to enforce existing law against those who have committed vast crimes, for which millions have paid with their jobs and their homes.

That’s the state of law in America today. But the People’s Library is being rebuilt, book by book.

James K. Galbraith holds the Lloyd M. Bentsen Jr. Chair in Government-Business Relations at the Lyndon B. Johnson School of Public Affairs, The University of Texas at Austin. His next book, Inequality and Instability, is forthcoming from Oxford University Press.