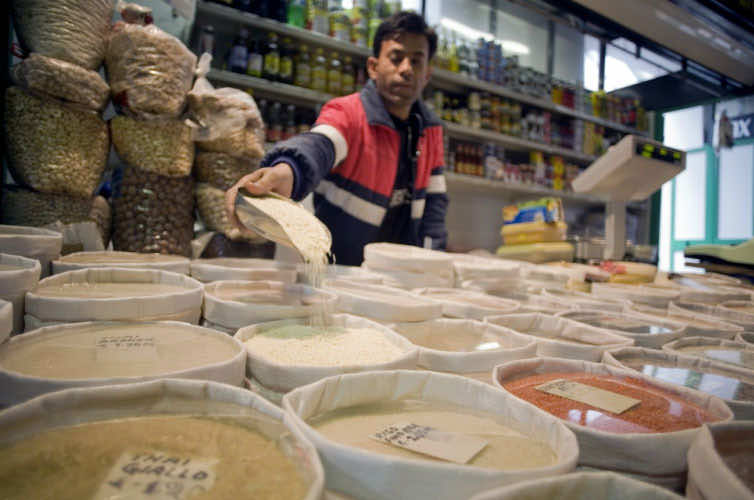 Global food prices in November were virtually unchanged from October, and 10 per cent below their peak in February, the United Nations Food and Agriculture Organization (FAO) reported today.

FAO’s Food Price Index level was 215 points last month – just two points, or one per cent, above its level in November 2010, according to a news release issued by the Rome-based agency.

Cereal prices dropped by 3 points, or 1 per cent, from October. This is due largely to wheat prices, which dropped 3 per cent, while rice prices fell only slightly and coarse grain prices remained virtually unchanged.

Also a factor is the “significant upward revision” of the 2011/2012 global cereal supply estimate as a result of better crop prospects in some Asian countries and Russia, and larger than anticipated stocks in the latter.

Other factors include deteriorating world economic prospects and a strong United States dollar, according to the latest issue of FAO’s quarterly Crop Prospects and Food Situation report published today.

The report confirmed a record level of world cereal production of 2,323 million tonnes for 2011, which should be enough to cover the expected increase in demand in 2011/12 and also allow for a moderate replenishment of world reserves.

Global wheat output is expected to increase by 6.5 per cent, while the forecasts for coarse grains and rice were reduced slightly due to a downward adjustment for maize in the US and a deterioration of rice prospects in Indonesia.

The report focuses on developments affecting the food situation of developing countries and in particular low-income food-deficit countries (LIFDCs). It said that given their likely increased import requirements, the aggregate cereal import bill of the LIFDCs for 2011/2012 would reach a record level of $33 billion – up 3.4 per cent from 2010/2011.

It also pointed out that, despite some improvements in Somalia thanks to substantial humanitarian assistance and favorable rains, food insecurity is expected to remain “critical” in drought-affected areas until the harvest of short-season crops in early 2012. In the Horn of Africa as a whole, food insecurity remained critical for some 18 million people.

In several countries of the Sahel, including Burkina Faso, Chad, Mali, Mauritania and Niger, agricultural production has been hit by irregular rains and significant pest infestations, all of which could lead to price rises and food insecurity.

The report added that prolonged civil unrest in Syria and Yemen has disrupted trade and humanitarian aid distribution, limiting access to food, especially for vulnerable households.

According to FAO’s latest estimates, 33 countries around the world are in need of external assistance as a result of crop failures, conflict or insecurity, natural disasters and high domestic food prices.