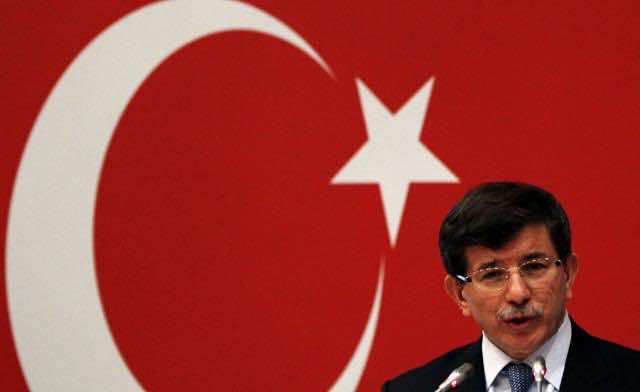 Turkish Foreign Minister Ahmet Davutoglu said on Friday his country had no desire to interfere in Syria’s internal affairs, but that it could not stand by if security in the region was put at risk.

“Turkey has no desire to interfere in anyone’s internal affairs but if a risk to regional security arises then we do not have the luxury of standing by and looking on,” Davutoglu told reporters in the Turkish capital, referring to Syria.

Davutoglu said Turkey had a “responsibility” and the “authority” to tell Damascus: ‘enough’ if it was putting Turkey’s security at risk by fighting its own people and forcing people to flee the country.

Meanwhile, Turkey is taking new economic measures against the Syrian leadership and will suspend a free trade agreement already frozen by Damascus in retaliation for sanctions by Turkey, a minister said on Friday.

“We have submitted to (cabinet’s) signature a decree drafted by the economy ministry suspending (the) free trade agreement with Syria,” Customs and Trade Minister Hayati Yazici was quoted as saying by the Anatolia news agency.

Damascus had announced it had suspended the free trade pact with Ankara after Turkey followed the Arab League by announcing a raft of punitive measures targeting President Bashar al-Assad’s regime.

Ankara is also planning entirely to bypass Syria as a transit route for regional trade with Middle Eastern countries.

He said routes through Iraq and Jordan would also be used to reach out to Gulf countries.

Protests against the Syrian regime continued as demonstrators took to the streets after finishing their Friday prayers.

The Syrian Revolution Council said that about six people were killed including three defected soldiers on Friday.

The Syrian Observatory for Human Rights said that military vehicles load with soldiers stormed the countryside of Damascus.