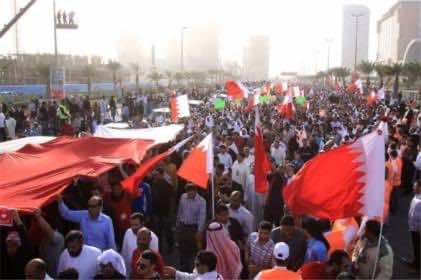 The United Nations human rights office announced today it is dispatching a delegation to Bahrain, where serious rights violations are alleged to have occurred earlier this year, to discuss how to build a more open and democratic society in the Middle East country.

A four-member team will head to Bahrain next week at the request of the Bahraini Government, according to Ravina Shamdasani, a spokesperson for the Office of the UN High Commissioner for Human Rights (OHCHR).

“The delegation looks forward to engaging with the Government, civil society, members of the political opposition and victims of human rights violations in the country,” Ms. Shamdasani said.

The team – which will be headed by Bacre Ndiaye, the Director of the Human Rights Council and Special Procedures Division at OHCHR, and Frej Fenniche, the chief of the office’s Middle East and North Africa section – will then submit recommendations to High Commissioner Navi Pillay on the way forward for Bahrain.

The small island country was beset by violent clashes between security forces and protesters earlier this year, part of the Arab Spring uprising that has engulfed much of the region and led to the toppling of long-term regimes in Tunisia, Libya, Egypt and Yemen.

Last month an independent inquiry into the alleged rights violations during the clashes found, according to media reports, that Government forces had used excessive force during the crackdown in February and March and had tortured some detainees.

Subsequently Secretary-General Ban Ki-moon issued a statement through his spokesperson in which he welcomed the report’s release and said he would study it closely, along with Ms. Pillay and other senior UN officials.

“The Secretary-General calls on the Government to ensure the implementation of its recommendations as a meaningful step in addressing serious allegations of human rights violations,” the statement said.

“He hopes the report’s issuance and implementation would help to create the conditions in Bahrain for all-inclusive dialogue, reconciliation and reforms that will meet the legitimate aspirations of the Bahraini people.”