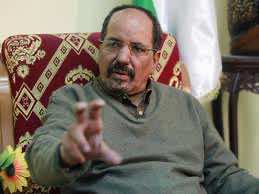 Over the past three decades, the Polisario has never seen its legitimacy and international aura being shattered as much as these days. After its legitimacy and credibility at the international level were dealt a severe blow, following the implication of the Polisario militias in massacring the Libyan rebels and the confirmation of the implication of its elements in the kidnapping of three humanitarian aid workers in Tindouf last October, now the Polisario comes under pressure from the same tribes over which it claims leadership.

“To expose the truth, to denounce injustice and abuse, to call for an end of tyranny and to step from a miserable day to a better future” are some of the aspirations that inspired the youth bloc to voice its concerns, condemning the inefficiency of the Polisario in working toward finding a lasting solution to the Sahara conflict.

After more than three decades of absolute and undemocratic rule by the same leaders, the young generation of Saharawis aspires  “to restore dignity and hope for change, giving an end to the injustice,” said the statement.

To this end, the youth of Laâroussiyine “chose the way of the truth” breaking with the authoritarian methods of the Polisario which aim to monopolize the handling on the issue and whose leaders spares no efforts to cling to power, monopolizing the Sahara issue for their personal enrichment.

The gathering of the Youth of Laâroussiyine tribe holds the Polisario leadership fully responsible for the deadlock of the Sahara conflict, rejecting the “miserable social, economic and political situation and human rights” in which the Saharawi population is living in the Tindouf Camps.

The group further condemn the “undemocratic and authoritarian rule of the Polisario, despite the winds of change sweeping the Arab world”, refusing the tactics used by the Front’s leadership in “marketing the cavalry of the Sahrawi people” for money-making purposes.

To enable the new generation of Saharawis to live in better condition and free itself from the tight grip of the Polisario, the youth group call for the unity of the Sahrawis based on “a new realistic project that meets their expectations and builds a modern democratic system.”

The youth gathering also calls on the United Nations, civil society, national and international NGOs to end the misery of the Sahrawis and support them in their quest to be freed from injustice, indignity, authoritarianism and exploitation.

The Gathering of the Youth of Laâroussiyine tribe, calls Sahrawi people who intent to attend the Polisario’s 13th congress, to be held in Tifariti between 15 and 19 December 2011, to be alert and vigilant regarding the hidden agenda of the Polisario.