Morocco World News
Home Highlights on Morocco We Will Give Priority to Five Sectors to Meet Citizens’ Expectations, Head... 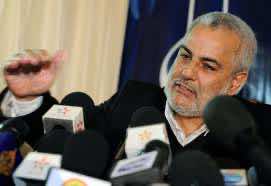 The upcoming government will give priority to five sectors that are at the heart of citizens’ concerns, Head of the Moroccan Government, Abdelilah Benkirane, said on Friday in Rabat.

“We have analyzed the situation in Morocco and we have noticed that the problems faced by the Kingdom are mainly related to five sectors, namely justice, education, employment, housing and health,” Benkirane said at a press briefing with MAP, AFP, EFE and Reuters news agencies.

Among the priorities of the upcoming government is the improvement of citizens’ living conditions, notably the poor, added Benkirane, who is also Secretary General of the Justice and Development (PJD) party.

The government will adopt a participative approach with all stakeholders to promote these sectors, he said, adding that a joint committee will be created with the other components of the future government in order to establish a common programme.

Concerning the current consultations for the formation of the new government, Benkirane said that no final decision has been taken yet regarding the ministerial portfolios that will be granted to each political party.

The choice of ministers will be made on the basis of the criteria of competence and capacity to properly assume the missions entrusted to each one, he said, insisting on the fact that the future ministers must enjoy citizens’ trust.

Benkirane also said that individual liberties will be respected and recognized for all citizens in accordance with laws in force.