Morocco World News
Home Z-Headlines The USFP in the Opposition: An Ideological Maneuver or a Survival Bid 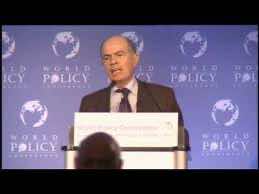 As the head of the Moroccan government Mr. Abdelilah Benkirane extends his consultations in an attempt to form a strong coalition that will be able to meet Moroccans’ expectations and capable of standing in the face of resolute opposition encapsulated by the Socialist Union of Popular Forces (USFP), the partisan texture of the emerging government is gradually being unveiled.

The head of the Moroccan government, Mr. Benkirane has presumably obtained the approval of the Istiqlal party (IP) the largest party in the new legislature after the Party of Justice and Development (PJD) with 45 seats and one of the most seasoned parties as far as ministerial governance is concerned. The IP’s adherence to the new government was rather predictable considering the ideological contiguity between the PJD and the IP. Less predictable, was the readiness of the Party of Progress and Socialism (PPS), a former communist party, to cooperate with the PJD.

The third musketeer of the Democratic koutla, the Socialist Union of Popular Forces (USFP) dismissed Benkirane’s proposal to join the government in a multiparty coalition. Last Sunday, the USFP national council held an exceptional session in the presence of huge crowds of faithful militants. The USFP took an unforeseen stand. The party will align with the opposition. Following this bewildering announcement, Mr. Benkirane set off for a new round of consultations in order to seek new alliances.

The USFP decision to assume the censuring role of the opposition shattered the PJD hopes to form a composite government in which diametrically opposite political parties can still collaborate. The new opposition is liable to hold Benkirane’s government accountable for its policies through a process of parliamentary scrutiny. USFP MPs may also attempt to galvanize the electorate for the next legislative elections by reaching out to the Moroccan media.

A meticulous examination of the USFP’s current situation can reveal the real motivation behind the strategic move at this decisive moment. In the past, the USFP has formed three coalitions since the creation of the “Koutla”, a strategic alliance that included three major parties: the IP, the USFP and PPS. But in the last year the USFP lost support among the electorate. Consequently, its hegemony over the political scene has decreased considerably. With a shrinking popularity, the USFP fell from 45 seats in 2002 to 36 seats in 2007. The most serious flop happened in this year’s elections where the party could secure only 29 seats. Therefore, the endorsement of the opposition by the USFP can be perceived as a bid to reinvigorate its waning appeal and conquer its lost electorate.

The USFP members who said “No” to the PJD overture must have thought that the party’s popularity will be undermined if it partakes with a government dominated by their ideological foes: the Islamists. Abdelouahed Radi, Secretary General of the USFP, declared that the party may lose ministerial portfolios but it will not surrender its socialist and democratic identity. He added that the party’s credibility could be jeopardized since participation in the government may be perceived as an opportunistic gambit. The USFP spokesman considered that the 2011 polls revealed a punishing rebuke towards his party and those who were in power and asserted that the alternation of power is the embodiment of democracy.

Benshekroun, a member of the PPS central committee considers in an article published in Al Ittihad al Ishtiraki newspaper that the grouping of the PJD with leftist parties such as the USFP and PPS is incongruent with their leftist credentials and calls for a reunification of the “Koutla”. Nevertheless, The IP has already chosen to back up the PJD government and the negotiations now revolve around the ministerial portfolios. The USFP move can also be seen as an impulsive reaction to the disruption of their cozy nest “Al Koutla” especially after the IP confirmed its participation and the PPS has been positive about Benkirane’s offer.

The USFP has already waged the “ideology” card, reminding the public of the wide gap between the Islamists and the leftists. Admittedly, the PJD discourse was rather positive towards its old political opponents. Nevertheless, Benkirane’s affectionate offer was faced with a more pragmatic response by the Socialists. It is noteworthy that the USFP commitment to the socialist doctrine stipulates that religion be considered an individual matter and rejects its manipulation by political parties.

Though the PJD members pledged that they will not interfere in private freedoms, their Islamist creed will inevitably emerge in their practice of governance.  Despite the USFP awareness of the order of priority at the present moment, it will not miss any opportunity to level criticism against the Islamist outlook. Such confrontation may deflect attention from Moroccans’ main concerns: job opportunities, decent housing, quality education and affordable health care. These are aspirations that the intellectual debates cannot quench and that the crowd of protesters will not relinquish.

Now, how about potential USFP alliances? In his speech to the USFP National Council, Abdelouahed Radi reminded party members that the manifesto of the 2Oth February movement was inspired by the eighth edition of the USFP national conference statement. Is this declaration a harbinger of the USFP tactics as the new opposition? Does the USFP intend to rally the protesters to its cause? Until the new government is fully fledged to undertake its mission, the Moroccan political landscape remains blurry.

Loubna FLAH is a Moroccan national. She earned a master degree in Biochemistry from the Mohammedia faculty of science and technologies. She obtained also a bachelor degree in English studies from Ain Chok University after writing a dissertation about the aspects of sexism in Moroccan Arabic.  She graduated from the Ecole Normale Superieure in Rabat as a high school teacher of English. She is Morocco World News’ correspondent in Casablanca.