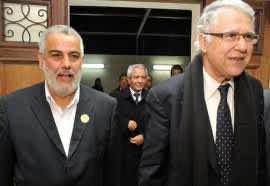 The Moroccan Istiqlal Party will hold an extraordinary conference this Sunday, December 11th in its headquarters in Bab Al Had in Rabat. The members of the IP’s national council are expected to express their position on the participation in the government.

Abbas El Fassi headed a five-party coalition since 2007 where the IP was ranked first with 52 parliamentary seats.  The IP was allocated the following portfolios:  ministry of Health, ministry of Public Works, ministry of Housing and Town Planning, ministry of Foreign Trade, ministry of Equipment and Transport, minister of Public Sector Modernization, ministry of Water and Environment and the secretariat of State for Economic Affairs.

On the meeting agenda, the Secretary General of the IP is expected to give an appraisal of the party’s achievement in the aftermath of the legislative elections.

The USFP decision to join the opposition ranks resulted in an disruption of the democratic bloc. This unexpected move by the USFP is susceptible to trigger heated debates among the speakers. The number of attendees is estimated to 600 members according to sources close to the party.

The same sources argue that the general tendency in the IP party is in favor of the participation. In fact the majority of IP members rule out the possibility of any coalition with the G8 alliance.  The rapprochement with the PJD is more probable considering the affinity between the PJD and the IP’s ideological backgrounds.

Sources close to the IP assert that the party will seek to assume six to nine portfolios especially those where the IP ministers were the pioneers of great projects during their term, such as the ministry of Housing and Town Planning. The general inclination in the IP is towards an effective participation as a continuum of its achievements in the outgoing government.

On Saturday, the central committee of the Progress and Socialism (PPS) party approved, by a large majority, the principle of participating in the upcoming Government.