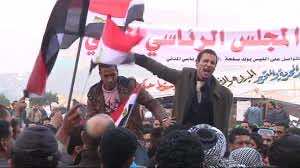 Secular activists in Egypt were outflanked in recent parliamentary elections by Islamists, but they say they are digging in for a long battle with the ruling military leadership.

The secular, pro-democracy movement- a loose coalition of leftist youth campaigners and intellectuals- was instrumental in bringing down the 30-year regime of Hosni Mubarak in February.

Three weeks ago, they again occupied Cairo’s Tahrir Square — the cauldron of the anti-Mubarak uprising — to press for the resignation of the interim military rulers who took power when the former dictator stepped down.

Though unsuccessful with their main demand in this second wave of demonstrations, they helped mobilise tens of thousands and forced the ruling junta to issue a new timetable for handing power to civilian leaders.

The first stage of parliamentary elections, which wrapped up last week, saw the liberal parties routed — Islamists won at least two thirds of the vote — but activists say they will remain the guardians of the “revolution” spirit.

This means ensuring the ruling generals do not renege on their promises to hand over full power in the long-term and keeping up pressure in the short-term for an end to military tribunals and other abuses.

“It was not the final chapter,” said leftist activist Hossam El Hamalawy, of the second phase of anti-military protests in Cairo in November which led to at least 43 dead and thousands of injured.

Hamalawy said that the last protests showed that discontent with the military was growing and could increase if the new parliament proves unable to solve the country’s problems once elections finish in March.

“The generals raised the expectations of the people with this parliament. Thousands will descend on it to solve their problems, problems that it can’t solve. There will be further disillusionment,” said Hamalawy.

“Taking to the street would be the only way,” he said.  Hamalawy points to the fact that the revolutionaries can mobilise large numbers of people now as a counterweight to the military, something that was impossible during the authoritarian years of the Mubarak regime.

“In November you had hundreds of thousands take part in an uprising against  the junta, that is a huge step forward,” he said.

Mona Seif, an early campaigner against military trials of civilians, says she is not worried by the lag between the activists and the wider population as shown by the election results and public criticism of the Tahrir activists.

“Revolutionaries are by definition two steps ahead of other people,” she said.  For now, however, the secular liberals portrayed as elitist and out of touch by their opponents are on the margins looking in.

The two main powers set to shape Egypt’s immediate future and its uncertain transition to democracy are the military and the Islamists, particularly the once-banned but hugely influential Muslim Brotherhood.

The Muslim Brotherhood’s Freedom and Justice Party has emerged as the leading civilian power broker in the country, with more than 36 percent of the vote for parties in the first round.

It had inadvertently helped spark the five-day November revolt, which followed a mass protest it led to call for a timetable for civilian rule, but it later distanced itself from the clashes.

Its popularity compared with activists who spearheaded the revolt against Mubarak was to be expected, said Rasha Azab, a dissident journalist and campaigner against military rule.

“We don’t promise people heaven. We don’t have the resources to find them employment in our projects, as the Muslim Brotherhood does,” she said, referring to the group’s extensive social work programmes.

Faced with the Brotherhood’s roots and networks formed over decades, the revolutionary activists stand little chance of competing, other observers say.

“The January (revolution) youth have no roots in country, where about 40 percent are illiterate,” said analyst Antoine Basbous, the director of the Paris-based Observatory of Arab Countries.

“They are influential among the urban elite who surf the internet, but face the Muslim Brotherhood who have been there for 80 years,” he said.