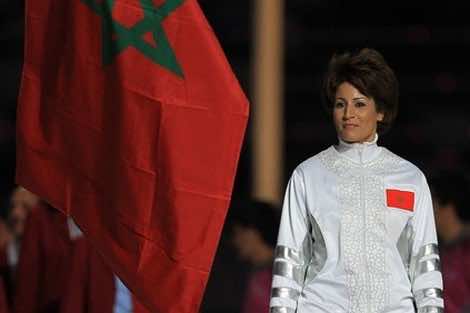 An anonymous team of Moroccan hackers calling themselves “Moroccan Deterrence Forces” (MDF) carried out what they called “Moroccan Vengeance” by destroying a significant number of official websites belonging to Qatari authorities.

They were able to last night destroy the official website of the Pan-Arab Games, which Doha will host (December 9 – December 23, 2011), after the League and Cup channel presented pictures of the Moroccan delegation while saluting the audience at the the Pan Arab Games opening, followed by the broadcast of a Moroccan map excluding the Moroccan Sahara, infuriating Moroccan audiences.

The MDF dedicated their acts, which they described as successful, to Moroccans, Palestinians and free people after the administration tore up the Palestinian map, submitting it without 22 per cent of its legitimate territories, saying that it “no longer had room to build an apartment” after truncating its area with Israel’s occupation in 1948.

The action came as a response after Morocco’s map was shown divided into two halves without its desert, which aroused the anger of Moroccans.  Qatari organisers said it was too late to mitigate the damage caused by the website hack, saying the entire event would be disrupted and the loss of the organisers will be due to a mistake which may have been unintentional. The website is currently out of service.
Moroccan media stated thatthe hackers also attacked the Qatari government website and its Foreign Ministry page, the official website for the Amiri Diwan as well as the Qatari business women forum headed by Sheikha Mozah, wife to the Qatari Prince. The Qatari supervisors of the Games prevented access to their Facebook page to avoid it being hacked.

The MDF was able to reach the Facebook page for the 2022 World Cup in Qatar, which is now filled with Moroccan maps and flags. Meanwhile, it is expected that the attacks will continue after the hackers stated through their Facebook page that they intend to carry on.

Moroccan citizens who followed up with the news said: “The Moroccan people was greatly insulted in the opening of the Pan Arab Games when Qataris intentionally put maps of Morocco without the Sahara.” They added: “We recently heard of normalisation between the two countries, but it seems that the Qatari brothers have different opinions on the matter.”

On the other hand, an official from the organising committee of the Pan Arab Games in Doha said in a statement to El Botola.com website that dividing the Moroccan map into two parts and excluding the desert was only a technical error made by the producers.

The same official said in an interview in the International Khalifa Court that Moroccans were not intentionally targeted, but welcomed in Qatar to present themselves properly and confirm their participation by achieving positive results in the Games.

Qatari officials said that it was a matter of an unintentional “technical error”, irrelevant to any political stance in Qatar. However, media analysts in Morocco said: “The glorious days of the Moroccan-Qatari relations, as described by the Qatari Ambassador to Morocco, were short lived, and all expectations are set out in anticipation of diplomacy from the Moroccan side.”