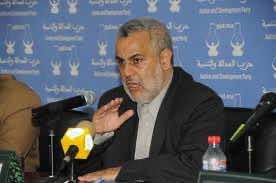 Now that the Justice and Development Party (PJD) has assumed power, some Moroccans wonder whether the Islamist party will change its view of culture and entertainment.

The issue has taken centre stage, as the PJD has repeatedly expressed disapproval of festivals and the invitation of certain foreign artists to Morocco. In April, for instance, the PJD called on parliament to cancel the Mawazine festival.

Since being named prime minister by King Mohammed VI, however, Benkirane’s tone has softened. “I am not against festivals, music and cinema; if I were, I would be against creativity,” he said. “All that is beautiful is appreciated by the whole of humanity. I appreciate all those who sing well. What I don’t appreciate is mediocrity.”

According to political analyst Majid Ibrahimi, the official positions of the PJD on cultural events will become more moderate than when the party was in opposition.

Actress Latifa Ahrar, who was heavily criticised by the PJD for her nudity in stage play “Capharnaum”, warned against censorship and the prohibition of creativity.

Still, she saw no problem in the fact that the party had moved from being in opposition to seizing the reins of power. The will of the Moroccan voters must be respected, she said.

“Difference does not overshadow respect. We must have faith in the intelligence of the PJD,” she commented.

Mohamed Merhari, the founder of L’Boulevard festival, shared the view. The PJD was previously in a comfortable situation as being in opposition meant that it could criticise at will, he said. Now the party will be put to the test and will have to show what it can do, Merhari added.

Members of the public express a mixture of optimism and apprehension. Some people say that it is too early to judge the party, which is in power for the first time.

Majid Ibrahimi believes that the Islamist party will not backtrack on the paths that Morocco has already followed in the field of culture and the arts, especially since it will not be the only party in power and will have to compromise with others.

Teacher Saida Nadiri argued that political parties change their stances according to whether they are in opposition or in power. Benkirane’s party will be no exception, she said.

“The PJD will definitely tone down its language,” she added.