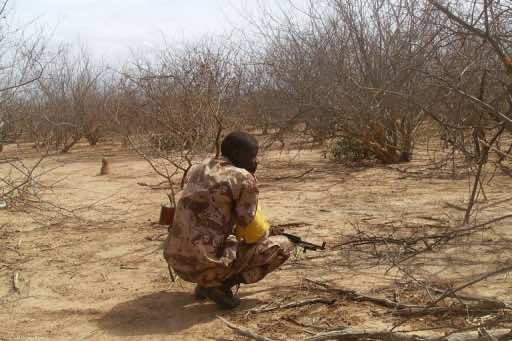 On December 6, the Mauritanian police carried out a raid in a hotel in downtown Nouadhibou, in the north of the country. They apprehended two Sahrawi suspects, Maminna Alaaguir Ahmed Baba and Aghdafna Ould Hamoudy Ould Baba Ahmed, of 29 and 32 years of age respectively. Aghdafna is the son of the Polisario representative in the province of Cantabria. They are suspected of having been involved in the kidnapping of two Spanish nationals and an Italian in the Tindouf camps. The French DGSE had informed the Mauritanian police of the presence of the two men in northwestern Mauritania two weeks earlier.

According to informed sources in Nouakchott, Maminna and Aghdafna quickly confessed as they were caught by surprise by Mauritanian officials. The revelations shocked everyone. Maminna, mastermind of the operation started revealing the names, and not anybody’s names.

The kidnapping operation of the three aid workers benefited from the complicity of the entire military hierarchy of the Polisario. A high official from the Algerian secret services in Nouakchott provided information immediately to Algerian general Mohamed Médiène “Toufik”. The latter did not leave any stone unturned since the abduction took place October 23 to find the kidnappers and the hostages and set-up a crisis cell. If ever the names of the Polisario officials involved in the kidnapping were to be revealed to the French and Moroccans, it could ruin for a long time the credibility of Algeria and the Polisario.

The goal then for the Algerian general was to exfiltrate Maminna from Mauritania. How could it be since the latter was under close scrutiny in Nouakchott?

As a result, General Mediene chose the shortest path. He called directly General Elhadi Ould, Chief of Security of Mauritania and summoned him to hand Maminna over to Algerian authorities since the abduction took place on Algerian soil. The tone of General Mediene was threatening. The Mauritanian was intimidated.

The latter chose to refer to President Ould Abdelaziz, who, for his part, brought in General Toufik. At the end of the conversation, a deal was reached between the two men and Maminna Alaaguir Ahmed Baba was delivered manu military to the Algerian services.

Indeed, an Algerian military plane was waiting on the tarmac at the airport in Nouakchott and transported the two kidnappers to the airport in Tindouf where they were to be “taken care of” in order to deliver the names of their accomplices in the hierarchy of the  Polisario. Already, many people living in the Tindouf camps are currently in hiding, afraid of being arrested by the Algerians.