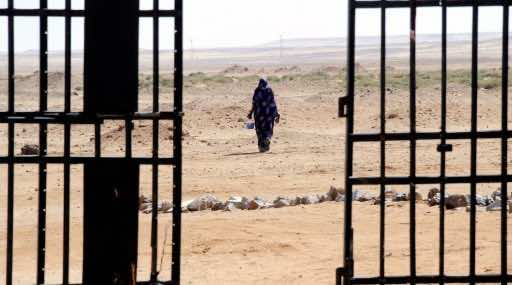 Two Spaniards and an Italian kidnapped in  Algeria in October and purportedly held by an Al-Qaeda splinter group are seen  alive in a video shown to an AFP correspondent on Monday.

The undated footage shows the hostages’ faces clearly and is preceded by  the name of the previously unknown organization that claimed their abduction on Saturday, Jamat Tawhid Wal Jihad Fi Garbi Afriqqiya (Unity Movement for  Jihad in West Africa).

The hostages, a Spanish man and woman and an Italian woman, can be heard identifying themselves in their own languages.

The man’s foot is bandaged and the two women are clad in blue gowns and  yellow headscarves.

In the background, masked gunmen can be seen keeping watch. The group claimed responsibility for the kidnapping on Saturday, saying it  had broken away from Al-Qaeda in the Islamic Maghreb (AQIM), which was behind several other recent attacks and abductions in the region.
“This is the Jamat Tawhid Wal Jihad Fi Garbi Afriqqiya in west Africa. We claim the operation carried out on October 23 at Tindouf when two Spaniards and an Italian were kidnapped,” said the message sent to AFP.
Saturday’s claim came the day after the Mauritanian news agency ANI carried pictures of five Westerners whose abduction in Mali last month in two separate incidents was claimed by AQIM.

Security sources said earlier Monday that the kidnappers of two Frenchmen snatched in Mali last month had been arrested.