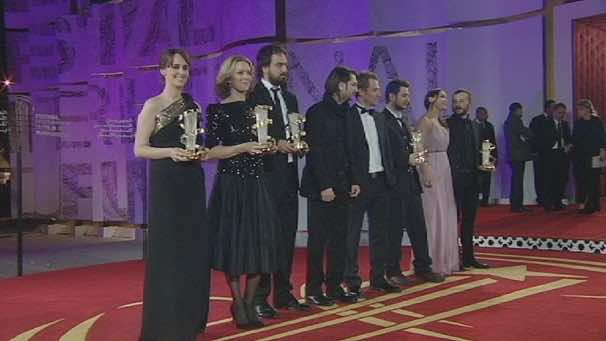 Curtains fell on the 11th Marrakech International Film Festival (FIFM) on Saturday with the Grand Prix (Golden Star) awarded to the 2011 Danish drama film, “Out of Bounds”, by Frederikke Aspock.

The jury, chaired by Serbian filmmaker and musician Emir Kusturica, awarded the Best Actor Prize to Daniel Henshall for his performance in Australian thriller film “Snow town”, while the Best Actress Prize was picked by Joslyn Jensen for her role in “without”, in which she acted as a caretaker for an elderly man in a vegetative state while his family is on vacation.

The Jury’s Prize was taken by Justin Kurzel’s “Snowtown”. The feature film recounts the story of Jamie, a 16 year old who lives in a marginalized neighbourhood where violence, unemployment and sexual harrasement are rampant. His life will be threatened when he meets John Bunting, Australia’s most notorious serial killer.

The Best Director Prize went to the Italian brothers Gianluca and Massimiliano De Serio for their movie, “Seven acts of Mercy”.

The official competition was opened by the projection of the Amante du Rif by Moroccan director Narjiss Nejjar. The other competing films were: 180 (Switzerland), Baby Factory (Philipines), Belvédère (Bosnia), Death is my Profession (Iran), Don’t be afraid (Spain), I carried you home (Thailand), la terre outrage (France, Germany and Poland), Snowtown murders (Australia), Louise Wimmer (France), Out of Bounds (Denmark), River of Gold (Mexico), Seven Acts of Mercy (Italy), Sneakers (Bulgaria) and Without (USA).
“Arroseur” by Mohamed Aouad won the festival’s short film Prize, an award that was launched in 2010 by HRH Prince Moulay Rachid with a view to encouraging students from Moroccan cinema institutes.

Hollywood actress Sigourney Weaver, to whom the FIFM paid a special tribute in 2008, chaired the festival’s short film jury.

After celebrating in the previous editions the Moroccan, Spanish, Italian, Egyptian, British, South Korean and French Cinema, this year’s editions feted the Mexican cinema through scheduling a panoply of movies that reflect the Mexican society and culture.