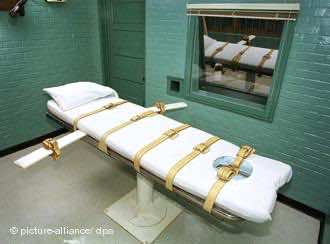 New EU restrictions on the export of sedatives will make it harder for authorities in the United States to get hold of sedatives used to carry out lethal injections. That could lead to delays for those on death row.

The European Union is reported to be close to banning exports of a sedative used to carry out lethal injections in the United States. According to a report by the German daily Süddeutsche Zeitung, the export of Thiopental Natrium would in future only be permitted under special license.

In the USA, where some 100 people are executed every year, there has been a recent scarcity of Thiopental after its US manufacturer, Hospira, refused to sanction its use for executions and withdrew it from the market.

The substance is mainly used in the states of Ohio and Washington, and is also a key ingredient of the deadly cocktail used in 33 other US states.

Germany’s former health minister and current economy minister, Philipp Rösler, has called on German manufacturers to not to sell the product to the US.

According to the Süddeutsche Zeitung, a number of anesthetic substances are to be included in the new EU export regulations, which is to be published on Friday.