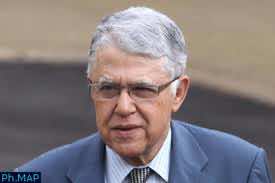 The Istiqlal Party (IP) national council held an extraordinary conference on Sunday in Rabat.  The session was opened by the Secretary General’s speech in which he gave an overview of the party’s results in the parliamentary elections.  “The elections, conducted in a free and democratic context, are important milestones on Morocco’s path towards democratic reforms,” Mr. Abbas el Fassi said.

The outgoing Prime Minister expressed deep regret for the break-up dislocation of the democratic bloc commonly known as the “Koutla”. “We would have appreciated the participation of the USFP in the emerging government bearing in mind that the Koutla alliance was more of a strategic arrangement,” he added.

The Koutla, formed in 1992, had launched a series of reforms in human rights and trade union liberties through its sustained efforts for a gradual democratization of the country.

Abbas El Fassi aspired for more consistent coordination among the democratic building blocks namely the Social Union of Popular Forces (USFP) and the Party of Progress and Socialism (PPS) in order to have anticipated the elections’ outcome and devise a common approach. “Such a proactive strategy would have spared the historic alliance from this fatal dislocation,” he noted.

He went on to say that participation in the government is both a choice and a necessity, since any kind of alliance with the G8 was utterly out of the question.

The G8 is perceived by the IP members and a great majority of political activists as a “fake alliance”. Formed only few months before election day, the alliance surprisingly comprises hard line leftists and moderate Islamists.

Abbas El Fassi had previously leveled sharp and unrestrained criticism towards the G8, stating that alliances can only be made post electoral unless there is an ideological affinity between their components.

Subsequent to the Secretary General’s speech, the members of the national council took turns intervening to express their position on the PJD’s offer. The majority of speakers were in favor of the participation but were very reserved about the negotiations’ outcome.  Abbas El Fassi explicitly stated that he intends to obtain strategic portfolios without mentioning any particular sector. He added that the IP members want to operate in key ministries where they can discern an immediate effect of the implemented policies.

He was also surprised at the large number of applications submitted to the executive council.  He reminded his audience that eligibility for ministerial positions is determined by a set of strict criteria, namely integrity and competence.

The cloud hanging over the government configuration is now cleared. Yet the next round will be the real test of the parties’ commitment to cooperate together, which means taking the right decisions and making the necessary concessions for the common interest.