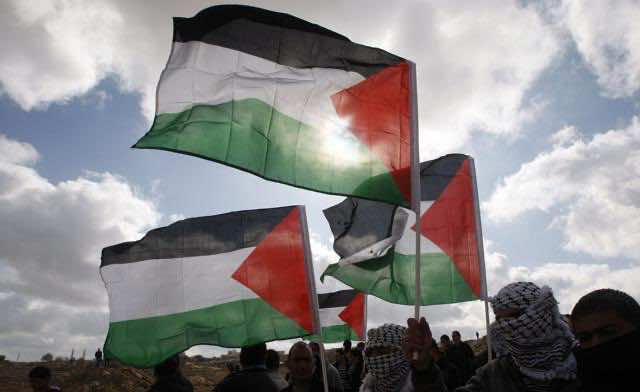 The Palestinian flag was to be raised for the first time Tuesday above a U.N. agency, the UNESCO headquarters in Paris, in a diplomatic victory won despite stiff resistance from the U.S. and Israel.

President Mahmud Abbas was to attend the event, just weeks after Palestine won admission to the U.N. cultural, education and science agency in a move that sparked fury and reprisals from Washington and Israel.

“President Abbas wants to show the importance he attaches to UNESCO,” a Palestinian diplomat said ahead of the ceremony. “And this is the first time that the flag will be flown at the headquarters of a U.N. institution.”

UNESCO says the flag-hoisting is a symbolic ceremony “to mark Palestine’s admission to the organization” that takes place each time a new member joins.

The Palestinians were admitted to the body in late October, when the UNESCO general assembly voted 107-14 to make Palestineits 195th member.

The result angered the United States, Israel’s staunch ally, which says the Palestinians must first reach a peace agreement with Israel before they can become full members of an international organization.

Washington immediately suspended its funding to the U.N. body, which selects and oversees World Heritage sites and also works in areas from literacy and media freedom to science and environmental issues.

This forced its director general, Irina Bokova, to announce drastic savings, even though some countries pledged exceptional contributions, among them Indonesia with $10 million and Gabon with $2 million.

Israel, for its part, took its own retaliatory measures, by deciding to accelerate settlements in East Jerusalem and the West Bank and freezing the transfer of funds to the Palestinian Authority.

Every month, Israel transfers tens of millions of dollars in customs duties on Palestinian-bound goods that transit through Israeli ports, but it often freezes them as a punitive measure during disagreements.

Faced with international criticism, Israel later lifted its freeze on the funds which represent a large chunk of the Palestinian Authority’s budget.

UNESCO membership has had no impact on the Palestinians’ bid for full U.N. membership. They would need nine votes out of 15 in the Security Council, but the United States has made clear that it would veto the bid.

Abbas, who reiterated on December 5 that he would push on with his campaign for U.N. membership, will meet Sarkozy after the UNESCO ceremony, then go on a tour that takes him to the capitals of Britain and Turkey.