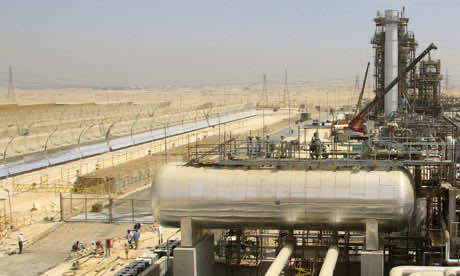 Desertec project, whose first phase will be inaugurated in 2012 near the south-eastern town of Ouarzazate, would act as a “reference project” in exploiting solar power for the generation of electricity, wrote on Tuesday The Guardian.

The 12sq km project “would help convince both investors and politicians that similar farms could be repeated across the Mena region in the coming years and decades,” said the British daily newspaper.

Desertec, a project initiated by the “international” consortium of companies formed the Desertec Industrial Initiative (Dii), aims to produce electricity from solar power with the construction of a 500MW solar farm.

By 2050, the project should provide 15% of Europe’s electricity through a vast network of solar and wind farms stretching right across the Mena region, and connecting to Europe via special high voltage, direct current transmission cables, which lose only around 3% of the electricity they carry per 1,000km.

Quoted by The Guardian, Obaïd Amrane, a board member of the Moroccan Agency for Solar Energy (MASEN) said electricity consumption in Morocco will double by 2020.

“But we are now aiming to have 42% capacity of renewable electricity by 2020,” he added.