Casablanca- The Moroccan actress Latifa Ahrar was harshly criticized for her appearance on the Marrakech Film Festival red carpet late last week in which she was dressed in traditional Moroccan dress, though showing her legs. Outrage spread quickly, especially because Ahrar had already courted controversy by appearing partly nude onstage. Moroccan audiences are unaccustomed to seeing actors' bodies, and Ahrar's willingness to show her flesh is seen as a violation of tacitly agreed upon social conventions. This scandal is particularly unfortunate because it overshadowed the evening's tribute ceremony to Moroccan cinema veteran Mohammed Bastoaui. 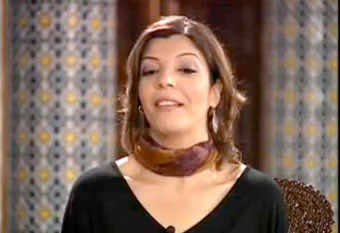 By
Loubna Flah
-
Loubna FLAH is a Moroccan national.
Dec 14, 2011
Spread the love

Casablanca- The Moroccan actress Latifa Ahrar was harshly criticized for her appearance on the Marrakech Film Festival red carpet late last week in which she was dressed in traditional Moroccan dress, though showing her legs. Outrage spread quickly, especially because Ahrar had already courted controversy by appearing partly nude onstage. Moroccan audiences are unaccustomed to seeing actors’ bodies, and Ahrar’s willingness to show her flesh is seen as a violation of tacitly agreed upon social conventions. This scandal is particularly unfortunate because it overshadowed the evening’s tribute ceremony to Moroccan cinema veteran Mohammed Bastoaui.

Social conventions are informally codified expectations that govern social behavior. It is difficult to go against social convention without incurring the wrath of the whole community, as we see in the reaction to Ahrar’s provocative behavior. The dress code in Moroccan society is caught between social prerogatives and religious recommendations regarding modesty, though there has always been some flexibility and tolerance towards appropriate dress. While some women dress modesty following Islamic principles, others embrace a more westernized style of dress. Both these customs harmoniously coexist, so it should not be surprising to see an actress showing her legs when girls wearing miniskirts go unnoticed in Morocco.

The pressing question is to what extent religious authority can enforce these religious recommendations of modesty in dress. Are religious principles of dress compelling or are they a matter of personal freedom? In countries like Iran where Sharia law is forcefully implemented, the bulk of Iranian women resent this religious coercion. Likewise, women who are denied the right to embrace modesty will contest the denial of religious freedom. What you wear should be considered a personal freedom and should not be censured by any kind of authority—but public nudity is another issue.

Latifa Ahrar appeared partially nude in her play Kafr el Noam. The audience was shocked to see Ahrar gradually strip her clothes and lay half-naked on the stage. Outraged, many spectators left the theater. Public nudity is a crime punishable by law in Moroccan society, and most Moroccans have an aversion to it. A warning might have been issued to Kafr el Noam audiences so they wouldn’t have been caught in an embarrassing situation. It is unfortunate to see a modest and up-and-coming actress and director like Latifa Ahrar turn to exposing her body as if it is a harbinger of woman’s emancipation and a form of feminist activism.

Previously, the Party of Justice and Development (PJD) had openly criticized the actress for her lack of modesty. The PJD’s secretary general, Abdelilah Benkirane, had even threatened Latifa Ahrar with censorship. Since its rise to power, the PJD has softened its tone, as if to prove the protection of individual liberties is a priority. Nevertheless, the Islamists stance on the limits of artistic expression remains perplexing.

The timing of Ahrar’s provocative posture on the red carpet raises suspicions, coming as it did only days after the PJD won the majority in the parliamentary elections. Many consider her behavior as an act of defiance toward the emerging government, despite her apparent sympathy with the PJD and the secretary general. After her controversial appearance at the Marrakech Film Festival, footage of the TV program Life Is Cinema featuring Ahrar was posted on a news web site. Instead of discussing her artistic journey, Ahrar chose to recount her experience with the death of her father. Some say distributing this footage was a way to prompt people to identify and sympathize with the actress.

Was Ahrar making an attempt to win back her fans after they frowned upon her behavior on the red carpet? Maybe. After all, what is an actor or actress without their fans? Regardless of political affiliation, public nudity is not tolerated by most Moroccans. What Latifa Ahrar wears and how much skin she exposes remains secondary to the real challenges facing Morocco, a nation at the crossroads.