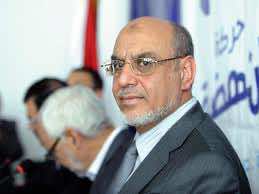 Tunisia’s president named a prime minister Wednesday to form a new government and end weeks of uncertainty after the first democratic elections in the country that sparked the Arab Spring.

Hamadi Jebali, the number two in the moderate Islamist Ennahda party that won October elections, got the green light to put together a cabinet a day after veteran opposition stalwart Moncef Marzouki was sworn in as president.

“The president of the Tunisian Republic Moncef Marzouki has decided to charge Hamadi Jebali with forming the government,” the president’s office said in a statement.

Jebali, 62, will have 21 days to present his cabinet to the president, and promised Wednesday to choose a team “in the service of the people”.

He was also quoted by the TAP news agency as undertaking to complete the task “as soon as possible”, possibly by the end of the week according to political sources.

The list will then have to be approved by the 217-member assembly elected in October to rewrite Tunisia’s constitution.

Most ministerial posts are expected to go to Ennahda, while its allies on the left, Marzouki’s Congress for the Republic (CPR), Ettakatol and several independents should also be handed portfolios.

An engineer by training and a former journalist, Jebali was co-founder of Ennahda and spent 15 years in jail, 10 in isolation, for his political activities under the regime of ousted strongman Zine el Abidine Ben Ali.

Ennahda won 89 seats in the polls for the the constituent assembly, while the CPR came second with 29 seats, followed by Ettakatol with 20 seats.

Mass protests erupted in Tunisia nearly a year ago against unemployment and corruption, ousting Ben Ali and sparking popular revolts across the Arab world that also toppled longtime dictators in Libya and Egypt.

Tunisia, in the grips of an economic and social crisis, has not had an executive government since the October 23 elections, and observers say the formation of a new executive is urgent.

The cabinet list will be the topic of heated negotiation between Ennahda, the CPR and Ettakatol, whose leader Mustapha Ben Jaafar heads the constituent assembly.

Ennahda members have told AFP the party would take the key portfolios of justice, foreign affairs, and home affairs.

Party spokesman Nourredine Bhiri is being talked about for the justice ministry, executive Ennahda member Ali Larayedh for home affairs and Rafik Ben Abdessalem, son-in-law of party leader Rached Ghannouchi, for foreign affairs. The CPR may take the portfolios of education and sport, and Ettakatol those of finance, tourism and social affairs.