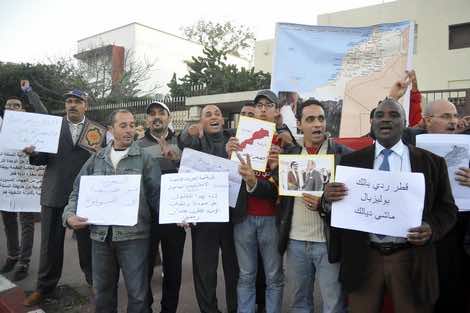 “The International Movement for the Completion of the Territorial Integrity of the Kingdom of Morocco” (NGO) condemned the publication by Qatari newspaper “Al Raya” of Morocco’s map excluded from its Sahara.

In a letter handed to officials of Qatar’s embassy in Rabat following a protest sit-in, the Movement underlined that this act is a “grave precedent.”

The Movement recalled that the Sahara issue is “an immutable value that has a unanimous support from all Moroccans,” noting that “Morocco will not yield an inch of its ground.”