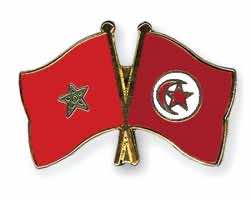 King Mohammed VI had, on Wednesday, a phone conversation with the new Tunisian president Moncef Marzouki.  This is Marzouki’s first contact with a head of State.

King Mohammed VI wished Moncef Marzouki heartfelt success in his senior mission as president of the brotherly nation of Tunisia, and Marzouki expressed high esteem for and congratulations on the success of the reforms initiated in the Kingdom towards consolidating democratic achievements and socio-economic development.

Marzouki on Tuesday was sworn in as the country’s first elected president since the North African nation’s revolution sparked the Arab Spring.

“I will be the guarantor of the national interests, the state of laws and institutions,” Marzouki said with his hand on the Koran as he took his oath before the constituent assembly that elected him president on Monday.

Morocco held last month its first legislative elections after the adoption of a new constitution last July. The polls, which won worldwide praise for the transparent way in which they were conducted, saw the emergence of the Party of Justice and development (PJD) as the major political formation in the country. The moderate Islamist party won 107 seats and its Secretary General, Abdelilah Benkirane, was appointed by King Mohammed VI as new head of government.

According to a CIA report submitted to the White House, which was carried by the Rabat-based news agency Maghreb Intelligence, the two countries, in addition to Egypt, should witness in the medium term, a peaceful evolution to democracy

According to the same report, military institutions in Tunisia and Egypt and the monarchy in Morocco are strong guarantees that the new political situation in these countries will witness steady improvement.