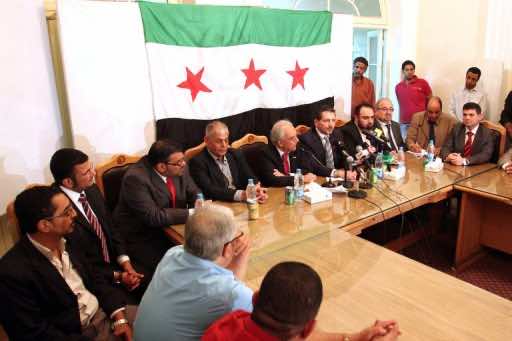 The first congress of the Syrian National Council (CNS), the opposition’s most representative grouping, will open in the Tunisian capital on Friday, a CNS official said.

The three-day meeting will be attended by CNS leader Burhan Ghaliun and about 200 other members, the outfit’s Tunis representative Abdallah Terkmani said on Wednesday.

Terkmani said Arab ambassdors and rights activists would also attend the meeting to be held in Gammarth, a northern suburb of Tunis. The congress was originally scheduled to have been held in September but was deferred due to the explosive situation in Syria.

UN chief Ban Ki-moon urged world powers on Wednesday to act “in the name of humanity” against the crackdown by Damascus on protesters, as activists said Syrian forces killed another 21 civilians.

On Tuesday, UN rights chief Navi Pillay estimated that more than 5,000 people have died since protests broke out in mid-March.

The United States on Wednesday portrayed Bashar al-Assad’s Syrian government as “dead men walking”, and urged Russia, China and India to put politics aside to stand with the West on action against the regime.

Meanwhile an official and a medical source said that ten people, including a nine-year-old child, were wounded in two separate shootings at the Lebanese-Syrian border on Wednesday.

Eight Syrians, including the child, were injured by gunfire in the Syrian border town of Qusayr before being smuggled into Lebanon where they were hospitalized, a medical source said.

The injured, who include a 16-year-old girl in critical condition, were brought into the eastern Lebanese border area of Aarsal and driven to hospitals in the country’s north, the source said, requesting anonymity.

Earlier on Wednesday, two Lebanese men were wounded in a cross-border raid in the Aarsal area, which has witnessed deadly gunfire in recent months, a local official said, blaming Syrian troops for the shooting.