Morocco World News
Home Highlights on Morocco Next govt is called on to boost good governance, show boldness to... 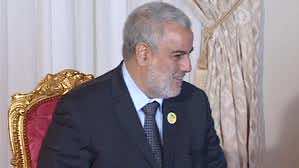 The next government led by Abdelilah Benkirane, Secretary General of the Justice and Development Party (PJD), will be called on to foster the foundations of good governance and show boldness to implement the reforms and ensure a higher growth rate in order to meet the aspirations of the citizens to change and democracy, said Moroccan political leaders.

Speaking on a talk show broadcasted on Tuesday evening at the Moroccan TV channel “AL Oula,” these political leaders said the next cabinet should show a fair boldness to get down to achieving a number of political, economic and social reforms, implementing judiciously the provisions of the new Constitution, and fighting against informal economy.

According to Saadeddine Al Othmani, president of the PJD National Council, the priority is to fight against corruption, which brings down 2 points of Morocco’s annual growth, adding that the government coalition aims to achieve economic and social goals in favour of the Moroccan people.

Mostafa Addichane, member of the political bureau of the Progress and Socialism Party (PPS), stressed on the political will that motivates the next government to implement in a democratic way the new constitution and bring together the proper conditions to the next stage, notably the adoption of the good governance principle.

For Driss Maroune, member of the political bureau of the Popular Movement party  (MP), agreed with Addichane on the need to promote good governance, small and medium enterprises and small and medium-sized industries, and to attach a particular interest to social sectors, advanced regionalization project and the rural area.

Chakir Achahbar, president of the Renewal and Equity Party (RI), said the government programme should be based on openness and participatory approach with the parties and the civil society to undertake the expected reforms.

For his part, M’hamed Lakmani, member of the National Council of the Authenticity and Modernity Party (PAM), noted that the next government must meet the expectations of the Moroccan people, adding that opposition will play the role that the new constitution gives it.