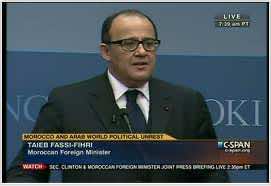 No fishing activity of the European fleet will be tolerated and all vessels operating as part of the fisheries agreement between Morocco and European Union (EU) are invited to leave the Moroccan waters on Wednesday before midnight, Moroccan Foreign Ministry said in a statement.

The decision came following the vote, on Wednesday, of the European Parliament against the extension of the annual protocol of fisheries agreement between Morocco and the EU, which entered into force provisionally on February 28, 2011.

“The decision of the European Parliament constitutes a regrettable development, with serious consequences on the future of cooperation between Morocco and the European Union in fisheries,” the Ministry said, noting that the Parliament’s vote calls upon the Moroccan authorities to consider a comprehensive reassessment of its partnership with the EU.

According to the same source, in a first vote, the European Parliament rejected, by 326 votes against 296 in favor and 58 abstentions, the extension of the annual protocol of

fisheries agreement between Morocco and the EU.

The second vote approved the parameters which, according to the Parliament, should guide the negotiations for the conclusion of a new protocol, mutually beneficial and “sustainable at the economic, environmental and social levels.”