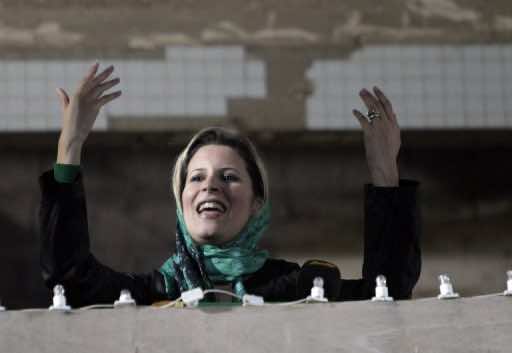 The daughter of slain Libyan strongman Moamer Kadhafi has asked the International Criminal Court if it will probe the killing of her father and her brother, her lawyer said Wednesday.

Aisha Kadhafi’s lawyer Nick Kaufman said he had written to ICC prosecutor Luis Moreno-Ocampo asking for more information on the October 20 killing of Moamer Kadhafi and his son Muatassim Kadhafi.

“Aisha wants to know if he is investigating the murders and if not, why he is not,” Kaufman told AFP.

The former dictator and his son were killed after their capture by forces loyal to the National Transitional Council.

In a letter to the prosecutor, Kaufman wrote that Moamer and Muatassim Kadhafi were captured alive at a time when they threatened no one.

They were both killed soon after and their bodies put on display.

“As you are aware, your analysis of the situation in Libya requires you  to investigate the commission of alleged crimes by all parties to the conflict,” Kaufman said.

The ICC issued an arrest warrant for Moamer Kadhafi on June 27 for crimes against humanity carried out as he tried to suppress the Libyan revolt.

Another son, Seif al-Islam, and former information minister Abdallah Al-Senoussi are subject to similar warrants. Seif al-Islam Kadhafi was arrested November 19 and there are unconfirmed reports Al-Senoussi was also captured.

ICC spokeswoman Florence Olara could not confirm if the prosecutor had received the letter.

The ICC has jurisdiction in Libya matters under a UN Security Council resolution from February 26.

Aisha, her brothers Mohamed and Hannibal, her mother Safiya and other family members were allowed to flee to Algeria for humanitarian reasons, according to Algiers.