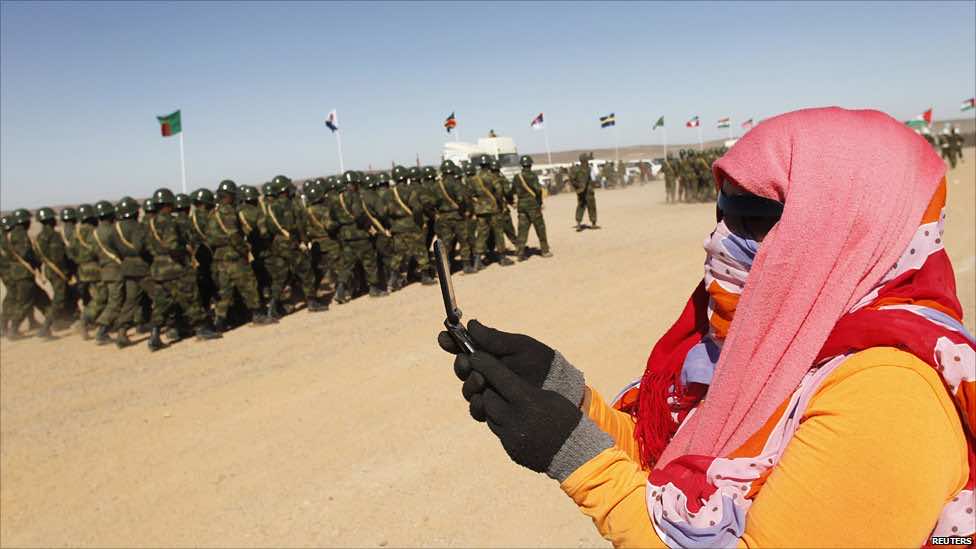 For a while now, the Polisario has been propagating the fallacy that it is the sole legitimate representative of the Saharawi population, while stifling dissenting voices that call its legitimacy into question or calling on its leadership to adopt a new and more realistic approach to find a long-lasting solution to the Sahara conflict.

But with the wind of change that is sweeping across the Arab world, it seems that part of the population living in dire conditions in Tindouf is fed up with the way in which the Polisario has been handling the Sahara issue and it has called the legitimacy of its leaders into question. Increasingly, more voices have been expressing their disgruntlement towards the Polisario leaders and calling on the international community to contribute to finding an appropriate solution to the Sahara conflict and put an end to the ordeal of the population living in Tindouf.

In a statement received by Morocco World News (in Arabic, French and Spanish), the Oulad Daoud tribe youth movement declared that the Polisario Front is no longer the only representative of the Sahrawi people. The statement was issued on behalf of members of the Oulad Daoud inside the refugee camps and abroad, as well as tribe members taking part in the 13th conference scheduled from December 15th to December 19th in Tafiriti.

The youth movement claims that, “the Polisario leadership is no longer the sole representative of the Sahrawi people since it could not make any further progress in the issue.”

The movement calls on the international community, in particular the United Nations to put an end to the stalemate in the conflict over the Sahara, asserting that this situation chiefly benefits the Polisario Front.

The Oulad Daoud youth movement accuses the Polisario Front of marketing the Sahrawi cause to serve its own vested interests.

According to its statement, the Polisario despotic junta has “deliberately perpetuated the conflict for more than 30 years.”

Oulad Daoud youth movement also expressed their readiness to adopt a “fair and peaceful settlement in accordance with the current conjuncture and in observance of the Sahrawi people’s right of freedom of expression and freedom of movement.”

In the statement, Ouald Daoud tribesmen urged the international community to overcome the stalemate, in which the conflict was locked, adding that this situation “has triggered a feeling of frustration and uncertainty among the Sahrawi community.” The Oulad Daoud youth movement echoed their aspiration to bring about “democratic change in the Tindouf camps, in line with the wind of democratic reforms that are blowing across the Arab world.”

In their statement, the movement members ascribed the disastrous conditions in which the population of the Tindouf camp live to the Polisario Front’s wavering policies, in addition to the United Nations inability to reach a proper solution.

This statement comes amid declining popularity of the Polisario in the international arena. The legitimacy and credibility of the movement- long claimed to be the representative of the saharawis- at the international level were dealt a severe blow in recent months following the implication of Polisario militias in fighting Libyan rebels on behalf of Gaddafi and the confirmation of elements of the movement in the kidnapping of three humanitarian aid workers in Tindouf last October.

Last week, Spanish and Mauritanian authorities confirmed that Hamady Aghdafna Ahmed Baba, one of the two Sahrawis arrested in Mauritania for their alleged involvement in the kidnapping of three aid workers in a camp of the separatist organization, is believed to be the son of the diplomatic representative of the Polisario Front in Cantabria, a region located in northern Spain.