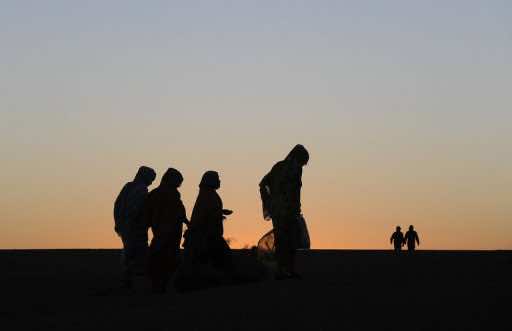 Western Saharan rebels have detained people implicated in the October kidnapping of three Europeans in Algeria, the APS agency quoted rebel officials as saying on Thursday.

“They were acting on behalf of a criminal organization unknown until now,” Khatri Eddouh, president of the Polisario parliament, was quoted as telling journalists late Wednesday.

The report did not say how many people had been detained.

“We will expend all necessary efforts and collaborate with neighboring countries and even other countries to free the hostages,” he said.

A Spanish man and woman and an Italian woman were seized in Algeria in October and are purportedly held by an Al-Qaeda splinter group that has claimed their abduction on Saturday, Jamat Tawhid Wal Jihad Fi Garbi Afriqqiya (Movement for Oneness and Jihad in West Africa).

The group claimed responsibility for the kidnapping, saying it had broken away from Al-Qaeda in the Islamic Maghreb (AQIM), which was behind several other recent attacks and abductions in the region.

The hostages were seen alive in a video shown to an AFP correspondent in Bamako on Monday.